What do you actually need an action cam for?

Or rather … why do I need something like that? The question is quickly answered: cycling is my passion and with an action cam I finally have the chance to share it with my family and friends. Especially when riding attractive routes, visiting hot spots, travelling in groups or just to capture the landscape.

The question remains: why can’t you just use a normal photo camera or smartphone for this? I tried it and was very dissatisfied! My DSLR camera is simply too big and too heavy to attach to the bike or velomobile or even to the helmet. It is also not weatherproof. The same applies to my smaller digicam. The smartphone is a better alternative! Unfortunately, it has no image stabilisation and the videos were totally blurred. I also need my smartphone on tour to navigate, listen to music or simply to make phone calls. It’s really stupid to have it mounted somewhere on the bike beforehand.

Why a GoPro ActionCam?

There are many action cams on the market. But I don’t want to start a fundamental discussion here or quote any test results. For me, there are three very clear reasons why I chose the Gopro Hero 8 black:

Of course, I read through a lot of tips beforehand, watched various “how to” videos and only then bought one or two accessories. These include spare batteries, charger and bulletproof glass films, but above all various mounts. Because nothing is more boring than a video that always shows the same angle and was recorded in the same camera position! 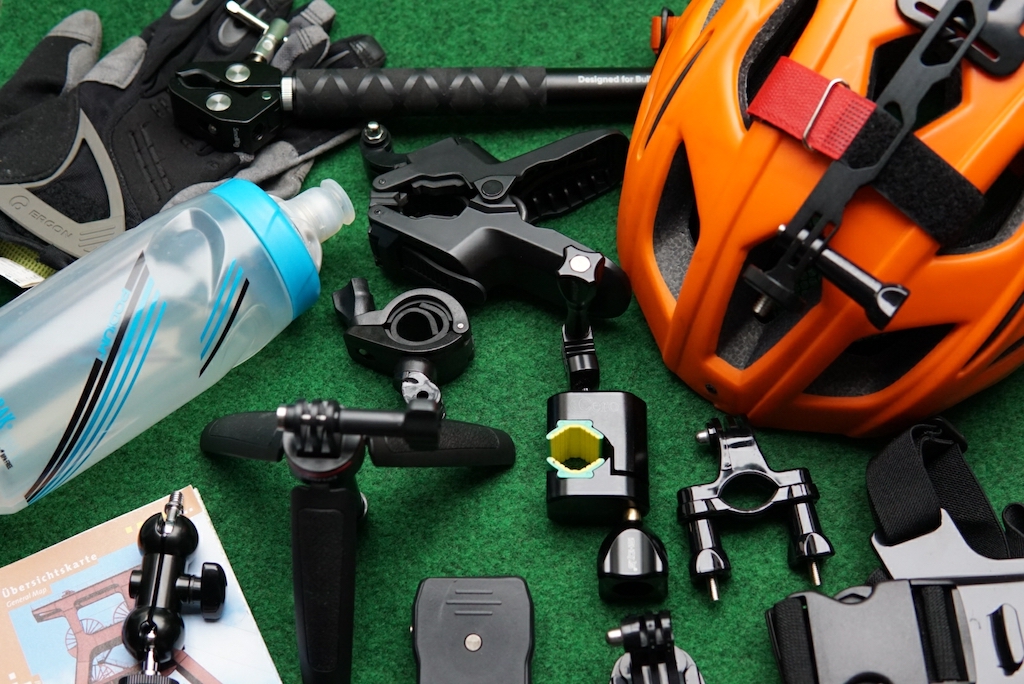 For several days now, I was on the road with the GoPro Hero 8 Black on the Velomobile and the CargoBike. Operating the camera and filming were no problem. I used different camera positions and angles, sometimes with, sometimes without time lapse. The only thing I didn’t do was take normal photos … at most by mistake 😉

I was surprised by the amount of data in the videos … on the first day, after just under 2 hours of driving, I already had over 50 GB on the memory card, which is due to the 4K resolution. When filming with Full HD, it is significantly less. It remains to be seen what resolution I really need and what makes sense.

Leaving aside the artistic value, the videos themselves are really something to behold! The colours, brightness and sharpness of the video recordings are impressive.

I found the image stabilisation particularly ingenious. Whenever I had my eyes on the GoPro, I had my doubts as to whether usable recordings could be made with the wobbling and constant vibrations while driving. But the results speak for themselves. In the following I have simply uploaded a few sequences … not very artistically valuable, but the quality of the videos themselves is great!

Here are a few simple shots without post-processing:

But then the trouble started!

An important reason for buying the Hero 8 was “GPS”! The camera records the GPS data during the recording and this information can then be displayed in the video (GPS overlay!). In addition to the speed, route information such as altitude, distance, course etc. is displayed. And since I have always found when watching action videos that the speed or inclines/descents hardly come across, I was particularly excited about this feature when creating my videos!

So I was all the more disappointed to find that my Hero 8, despite being activated, had not recorded any GPS data at all! I later found out that this was a technical problem that many equally frustrated GoPro users had reported!

My conclusion after only 3 weeks of intensive use!

The GoPro Hero 8 is a great ActionCam, but I sent it back because of the GPS problems. A replacement device was out of the question for me, as this problem seems to be widespread with GoPro! For me, this was reason enough to look for another ActionCam or another manufacturer.