Until a few weeks ago, I was the proud owner of a GoPro Hero 8 Black. It really is a great action cam, absolutely well thought-out, high-quality, superbly finished, great features and great recordings.

But unfortunately I had to return it because of the GPS problem (the cam could not receive GPS data despite being activated)! And since it was obviously a common problem, which unfortunately also occurs with the brand-new successor GoPro Hero 9, I have thoroughly reconsidered the whole topic of ActionCams.

The GoPro Hero is actually a great action cam! Isn’t it?

It’s funny that it took me so long to realise what was wrong … but it’s actually quite simple: whenever I was out and about with the GoPro, I concentrated on the camera to make sure I was filming the right things. Besides, the videos should be varied! And to be honest, that just got annoying in the long run. After all, I primarily want to do sports, go cycling, enjoy the countryside and, of course, you should also pay attention to where you’re going.

Unfortunately, the GoPro constantly distracted me from this; one or two times I almost ended up in the ditch! So the defect of the GoPro was just what I needed! 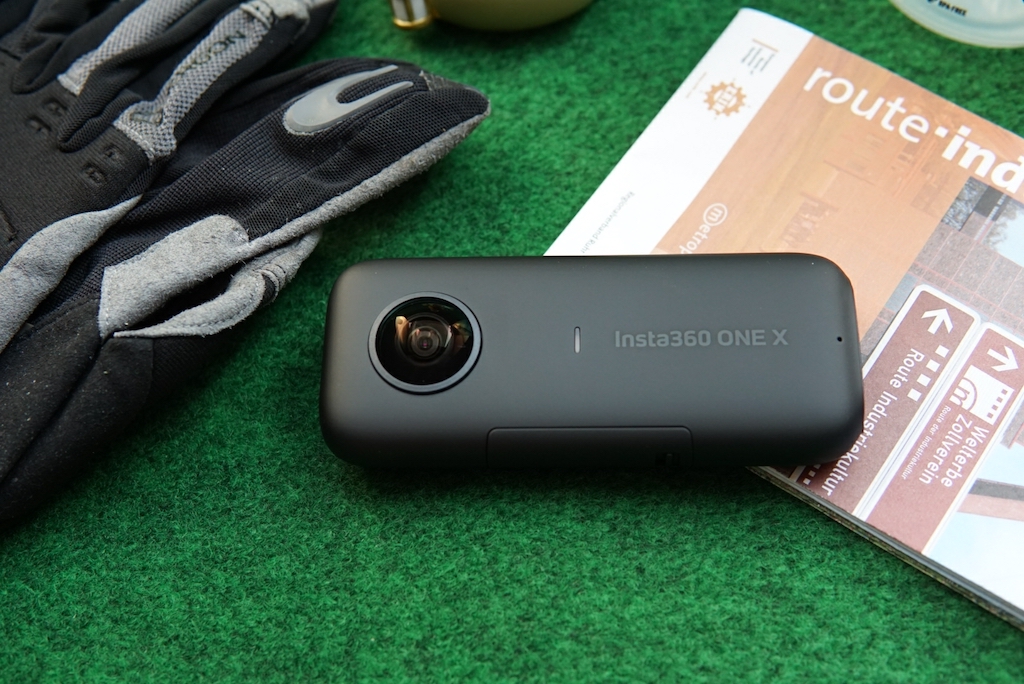 The technical defect of my GoPro (no GPS reception) forced me to send it back. At the same time, a test report brought the Insta360 to my attention as an action cam. And slowly the idea matured that a 360-degree camera could solve all my previously described problems.

I was immediately convinced by the following features of the Insta360 One X:

Here are a few video snippets that I put together in a hurry.

Conclusion: Why didn’t I buy this ActionCam earlier?

After several days of intensive use, I can say: The Insta360 One X is simply great fun! I can finally concentrate on the essentials again when cycling or doing other leisure activities and don’t have to worry about what I’m filming or whether I might be missing something!

The camera itself is technically very far ahead, which is proven by the image quality and features. The workmanship and battery life are at least on a “GoPro level”. And the production of the videos is easy thanks to the intuitive use of the app, whether on the computer or via smartphone/tablet. Attractive videos can be edited, set to music and shared in no time at all! That’s how it should be!

The only disadvantage that all 360° cameras unfortunately have: Due to their design, the camera lenses protrude from the housing and are therefore particularly susceptible to scratches and other damage. Therefore: Always use the cover included in the scope of delivery!

Otherwise, I can only recommend everyone to test this small, uncomplicated ActionCam and to take a look at one or two video reviews before buying a new ActionCam.