For one year and more than 5,000 km I have been using the Garmin Edge 830 (click here for my experience report) on my bikes. And all in all, I am really very satisfied. If only there wasn’t the problem with the re-routing, which almost drove me crazy on my last tour on unknown terrain!

But let’s start with the positive features … as I said, overall the little bike computer does a good job!

The Edge 830 has an extremely wide range of functions, so of course I can’t judge all the features of the Garmin. However, I use the following functions regularly and am extremely satisfied with them:

This safety feature is a must for all cyclists who ride alone. My family and friends know exactly where I am. Fortunately, I haven’t really needed it until now. And yet it reassures me immensely!

After the tour, I can analyse the routes I have ridden and my performance data at home in peace. I particularly appreciate this when I’m training and want to improve in a targeted way. Especially the interaction with the power meter pedals is a great thing. But the available information is also extremely useful on the road.

The interaction between Edge and radar rear light is another safety benefit that I wouldn’t want to do without. Especially on dark days when riding on unlit country roads, it’s an absolute must. I no longer have to constantly watch the rearview mirrors and am reliably informed about the traffic behind me.

By integrating the two services I already used before, it becomes a real total package! Before, I often had to choose between a bike computer and a smartphone or have both with me. Now I have everything in one device.

Transparency note: Garmin provided me with the Edge 1030 plus free of charge for 60 days for an extensive test. However, I assure you that this has no influence on the tests or on my personal opinion. 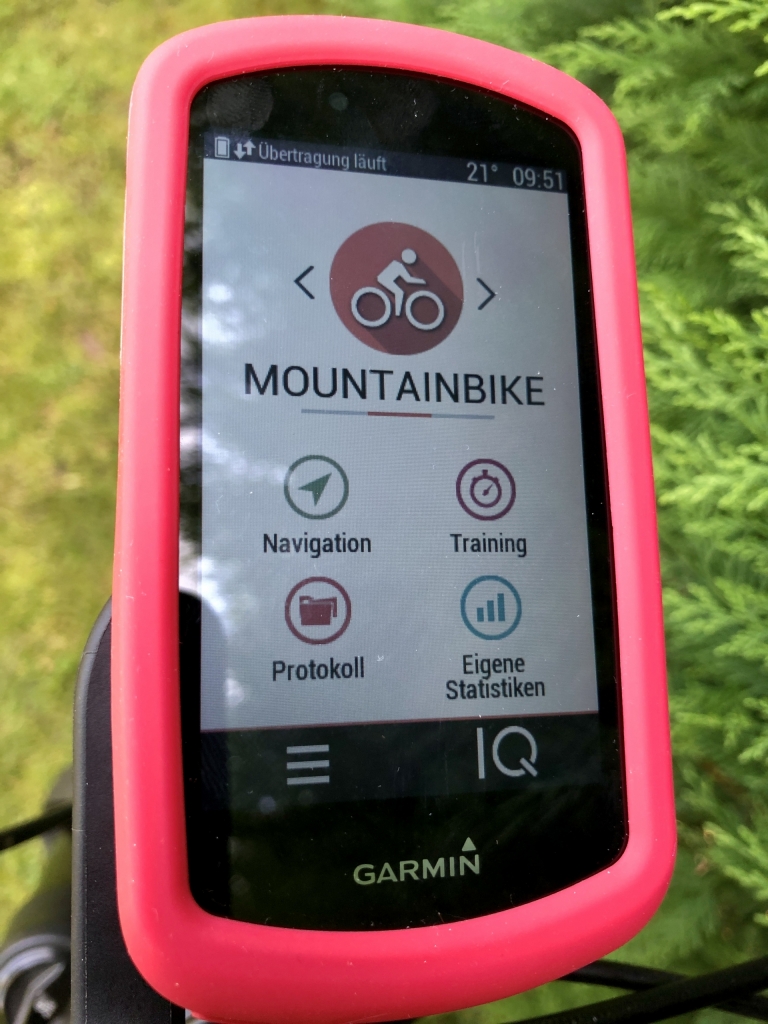 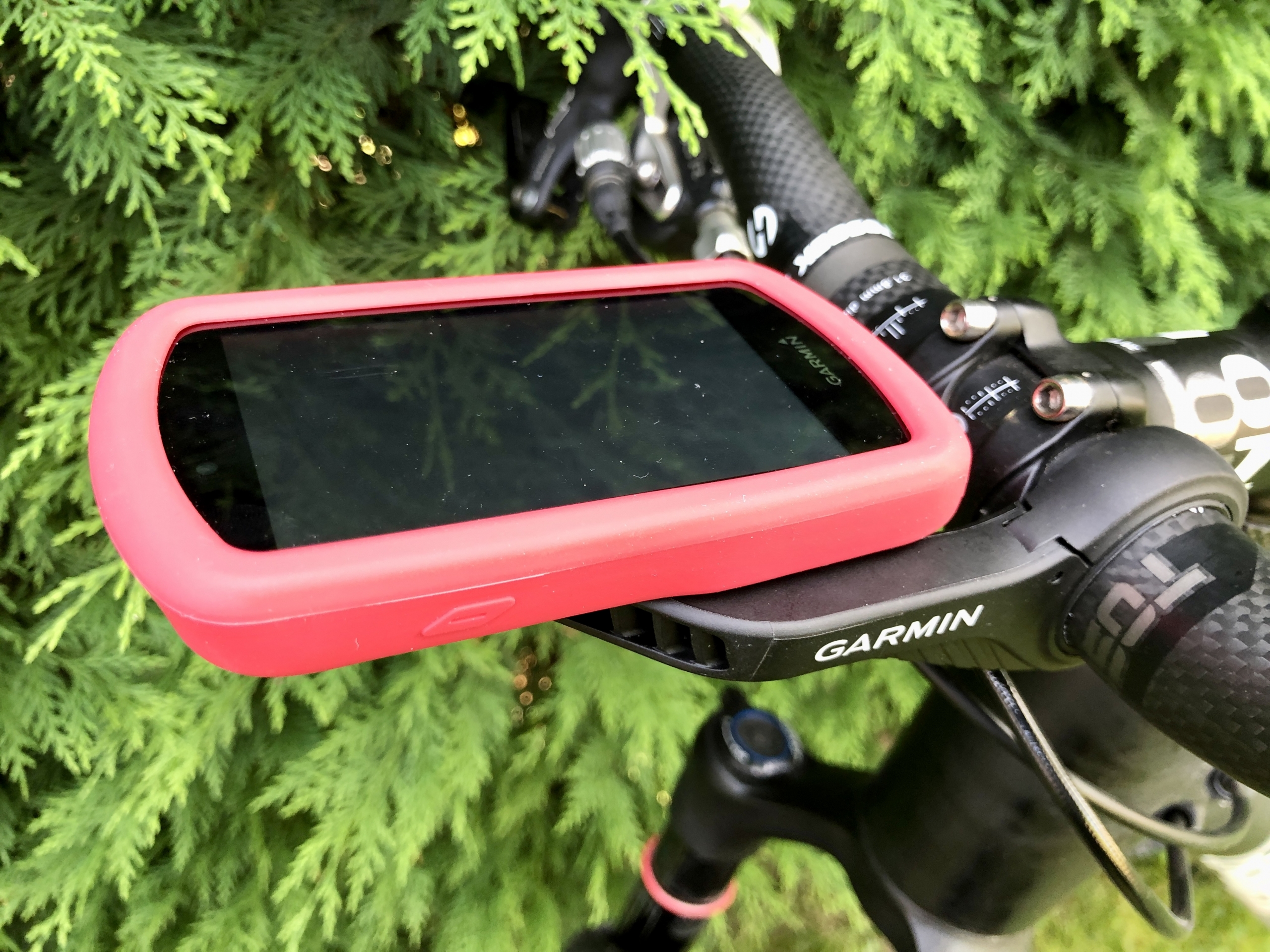 Yes, unfortunately; as much as I appreciate the other functions of the bike computer; navigation, or rather re-routing, has been its big weakness so far!

If you enter the search terms “Garmin Edge” and “please turn” in the search engine, you will get numerous hits with reports from Garmin users who apparently share the same fate as I do: you follow a previously uploaded track. And even though you are on the track, the Edge 830 keeps annoying you with the message “Please turn around”!

Another scenario: You miss the right turn because the road is closed or you are simply travelling too fast and rush past it. In this case, the message “Route deviation” appears quite quickly, but nothing else happens at first … then the message “Please turn around” follows. Normally, a navigation system should calculate an alternative route as quickly as possible, but the 830 usually does not do this. Interestingly, this used to work from time to time, but with each update it got worse instead of better. You don’t have to understand it.

On my last tour on foreign terrain, the little Edge annoyed me so much, made me feel insecure and cost me a lot of time and nerves that I firmly resolved to tackle this problem. After all, any smartphone app can do it better. At first I thought that maybe it was the wrong setting of the Edge … but it wasn’t. Further research on the net in various forums didn’t bring a solution either. In the end, I “only” found other users with the same problems, but no solution.

The latest Edge 1030 plus is supposed to make everything better … we’ll see! 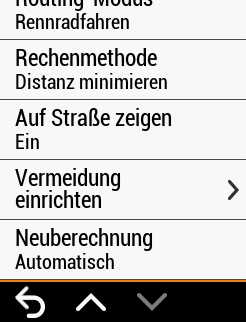 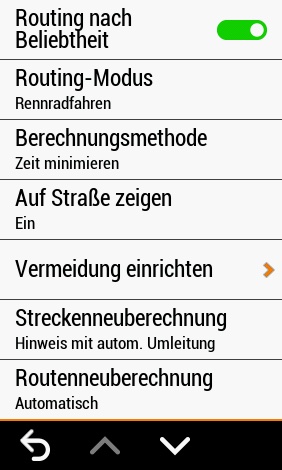 And this is how I tested

Of course, before I started, I first made sure that both devices had the latest firmware and map material installed. I also adjusted the settings for re-routing.

For a direct comparison, I mounted my own Edge 830 and the test device 1030+ on my bike, uploaded the same GPX file in each case and then rode them. Of course, I left the predefined route as often as possible and compared the reactions of the two navigation devices. I filmed the whole thing with an ActionCam so that I could evaluate everything later.

In addition, I have now had the 1030 plus with me for 2 months on all tours, whether MTB, cargo bike or velomobile. 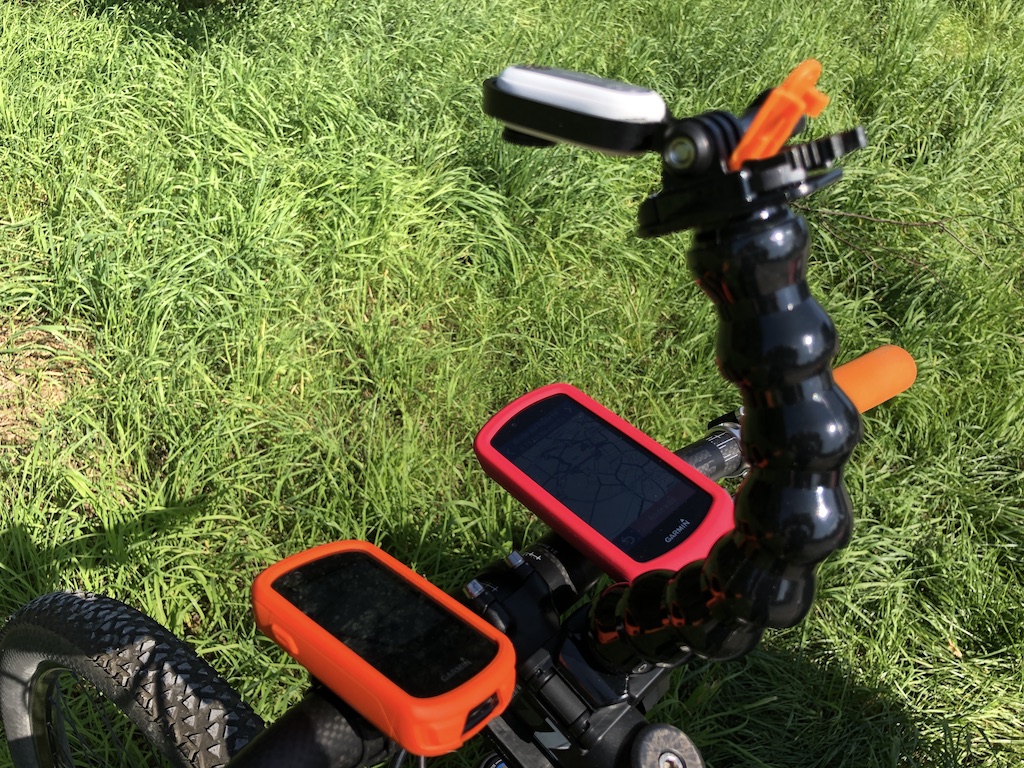 My experiences after 2 months!

To put it briefly and crisply in advance: My Garmin Edge 830 is unfortunately an absolute disappointment in terms of re-routing! I knew that beforehand and the tests have underlined it once again. In contrast, the 1030 plus turns out to be a nerd and delivers 1a!

Re-routing with the Edge 830

If you leave the specified route, the 830 complains after a few seconds with the message “route deviation”. After that, nothing happens, except for the dreaded “Please turn” message, which may come at some point … or not. In some situations, the 830 didn’t even check when we were back on track later! In its defence, however, I would like to add that in rare cases the 830 has displayed an alternative route completely unexpectedly! The bottom line, however, is that this is not very helpful and in most cases literally does not lead anywhere!

So far 100% reliable! I set the 1030+ to “automatic rerouting” so that it starts the recalculation after detecting the route deviation, which only took a short moment. The result then depends on which parameters are set in the routing profile:
– Routing mode (road bike, gravel, MTB …)
– Calculation method (minimise distance, time or climb).

Either way … the 1030 plus never allowed itself to be irritated at any point and always reacted immediately to route deviations by re-planning the route. That’s how it should be!

What else I noticed!

The comparatively large display of the 1030+ is really great! It is clearly easier to read than on the 830 and can of course present more information at the same time due to its size. This is especially true for navigation and map display.

The 1030+ is actually much louder than my own Edge and has sometimes made me take notice in time. In the long run, however, it can get on your nerves, e.g. if you use the Varia radar rear light like I do and a warning signal sounds every time a car approaches. Unfortunately, you can’t vary the volume!

Finally, a note on the menu navigation: functions or settings that I don’t regularly make, I had to search for or Google for first. This does not necessarily speak for intuitive operation; on the other hand, I have to say that with so many features, one should not be surprised.

After much ridicule for Garmin and its re-routing function, the engineers of the new Edge 1030 plus have definitely eradicated this weak point! Whereas when I was using my Edge 830 recently, I was only on the road with “real” maps as a backup and always looked at my sat nav with uncertainty, the new Edge 1030 plus gives me the usual sense of security and finally allows me to concentrate on riding again and enjoy it!

I can only hope that Garmin will now also improve the software of all older Edge models accordingly, especially as the range of functions of my 830 is otherwise completely sufficient for me!