Merino wool for cyclists? A self-experiment!

If, like me, you ride your bike all year round and do cycling sports, you have certainly already dealt with the question of what you should ideally wear “underneath” … especially in the cold season. Because if you dress warmly to protect yourself from wind and cold, then it quickly becomes too warm and damp underneath … and thus sooner or later cold again. The same applies if you want to protect yourself from the rain.

So I had a look around in the outdoor sector and came across merino wool. I have received similar feedback from other cyclists. For me it was unimaginable to wear “wool” for sports! It’s far too warm and it scratches the skin when worn! These are my experiences so far.

Merino wool? What is it exactly?

This special wool comes, as the name suggests, from the Merino sheep in New Zealand and has a fibre thickness that is only half that of wool from other sheep compared to normal wool. That is why merino wool does not scratch the skin … on the contrary; it feels soft and cosy … they say! In addition, it is supposed to absorb a lot of moisture or transport it away from the skin and still keep you warm even when damp and cool on warm days.

Another advantage: compared to normal cotton or synthetic functional shirts, merino wool does not smell of sweat even after repeated wear! Due to the structure of the fibres, bacteria cannot adhere to merino wool. In addition, these fibres contain creatine, which allows the wool to clean itself. Sounds somehow too good to be true! 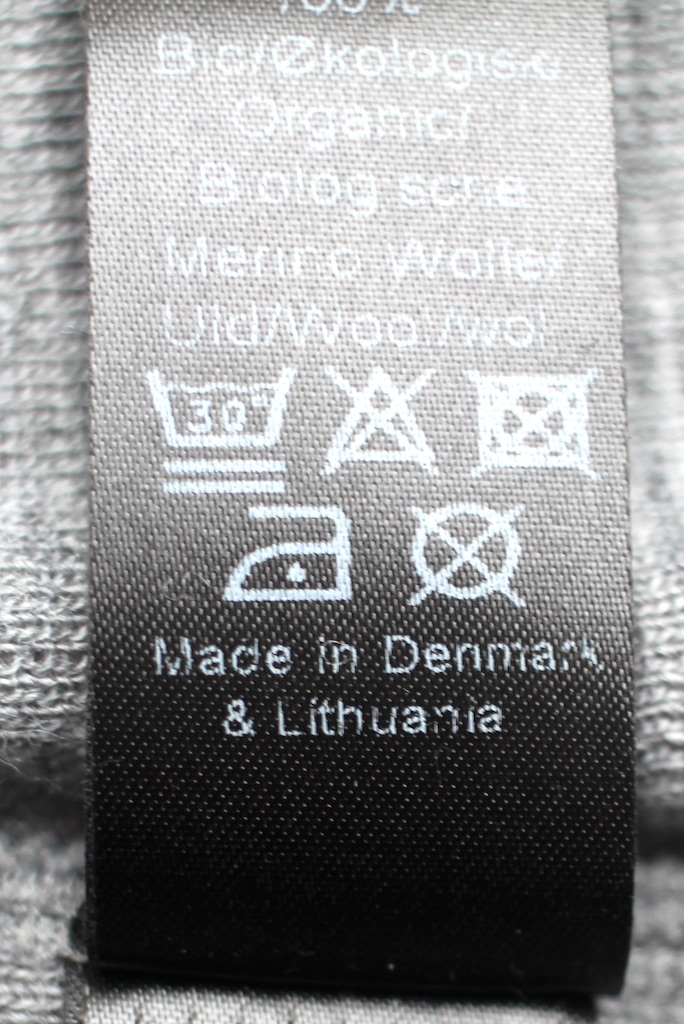 I must try that!

It is winter in Germany; there is no snow in the Ruhr area, but outside it is cold, windy and partly rainy … so just the right conditions for my test. For this I bought two short-sleeved shirts (baselayers); from Bergans (Sveve Wool T-Shirt) for 59€ and from Dilling for 39€; both shirts are 100% merino wool.

Immediately after putting them on, I noticed that the merino shirts felt pleasantly soft and warm on the skin. That’s quite a difference from my other synthetic shirts that I usually wear underneath, which always feel cold to begin with.

But more important is the question of how it looks during sporting activities. When I’m out on the MTB, I wear a jersey over the baselayer (short or long depending on the temperature) and a softshell or rain jacket over that. In the velomobile, on the other hand, I only wear the softshell jacket or a long-sleeved jersey over it in winter.

Although I was very sceptical because I sweat a lot, I have to admit that merino wool is noticeably better than anything I have worn before: The body climate during training is much drier than before! With my synthetic shirts it felt much more humid and colder after only 30 minutes; with shirts made of pure cotton it was even worse! The temperature balance of the merino shirts is also so good that you neither freeze nor overheat … totally inconspicuous! However, the balancing of body temperature and moisture only works properly if the upper layers of clothing, such as jersey and jacket, are also breathable!

And I could hardly believe it: it no longer smells unpleasant! Not during the training and not afterwards either. If I hang the merino shirts up to dry after training, I can wear them again later, unwashed, without hesitation. This is particularly advantageous on multi-day tours, because then I have less luggage to carry around!

My conclusion after only 6 weeks

Merino wool is noticeably comfortable on the skin and yet at the same time “inconspicuous”, because it warms or cools depending on the situation, transports moisture away from the body and it doesn’t smell! It’s just a shame that I didn’t realise this for myself sooner!

I’m curious to see how my merino shirts work in warmer temperatures or where the limits are. After several weeks I can’t say how durable the shirts are in the long run. Merino wool should actually be washed by hand; I put it in the washing machine (wool programme) … No problemo!

Already during the first weeks I bought more Merino shirts and now I also wear them in everyday life, because Merino wool has absolutely convinced me and the higher purchase price is completely justified in my opinion! More garments made of merino wool like socks or long johns will surely follow.