My premiere as a randonneur: First test over 200km (Brevet ARA Niederrhein)

True to the motto “Higher, faster, further”, my “after-work rounds” with the velomobile have become longer and faster in recent months. Inspired by tour reports and videos of events like PBP (Paris-Brest-Paris) or LEL (London – Edinburgh – London), I had tasted blood and wanted to ride my first 200km brevet.

I had already registered in April for the test in September; however, because of Corona it was always unclear whether it could take place.

Brevet? Randonneur? What does it mean?

The term brevet (French for “test”) has been used since at least 1921 in connection with long-distance rides organised according to the regulations of the Audax Club Parisien. It refers to a “kilometre test” in which a cyclist demonstrates that he or she can cover a given distance under his or her own steam within a set period of time without outside help.

Despite their sporting character, brevets are explicitly not races! Most participants only want to complete the route within the time limit, they do not set great store by fast times. Many riders also use brevets to talk to like-minded people during the ride and the breaks. Or to put it another way: This is about togetherness and not competition!

The premier event is the 1,230 km Paris-Brest-Paris (PBP) cycle ride, organised by the Audax Club Parisien every four years in August, most recently in 2019. The special nature of this brevet stems from the atmosphere created by over 6,000 participants. In addition, local residents along the route offer participants round-the-clock support in the form of food and drinks, and the route is fully signposted. Meals and bike spares are sold at many checkpoints, and there are showers and basic sleeping facilities. To qualify, you must have completed 200km, 300km, 400km and 600km brevets in the same calendar year as PBP.

Of course, friends and colleagues heard about my project and regularly asked: "Why do you do that?" or "Why do you want to cycle hundreds of kilometres at a stretch?" or "Isn't that totally boring?"

Probably because cycling is my passion, because "I can do it", because I want to prove something to myself and because I have the ambition to cover such a distance with my own strength. As a non-athlete you won't understand that anyway! I can live with that 😉

There's actually not much to report, except that I had already registered for this event in September in spring. I generally try to keep fit by cycling and running, but apart from that there is no special training to prepare. For a few weeks now, I have been paying more attention to my diet and have declared war on the "Corona fat"; but that was due anyway.

Of course I had checked my velomobile, but that's all. The difference in distance between my normal tours (between 70 and 100km) and the "small brevet" with its 200km is not that big. I had a little more food with me ... Everything else can be bought on the way if necessary.

Of course, I had already read a few experience reports, but it was supposed to be a tour and not a race. I had therefore planned to take it easy, ride at my own pace and take every opportunity to chat with other cyclists. 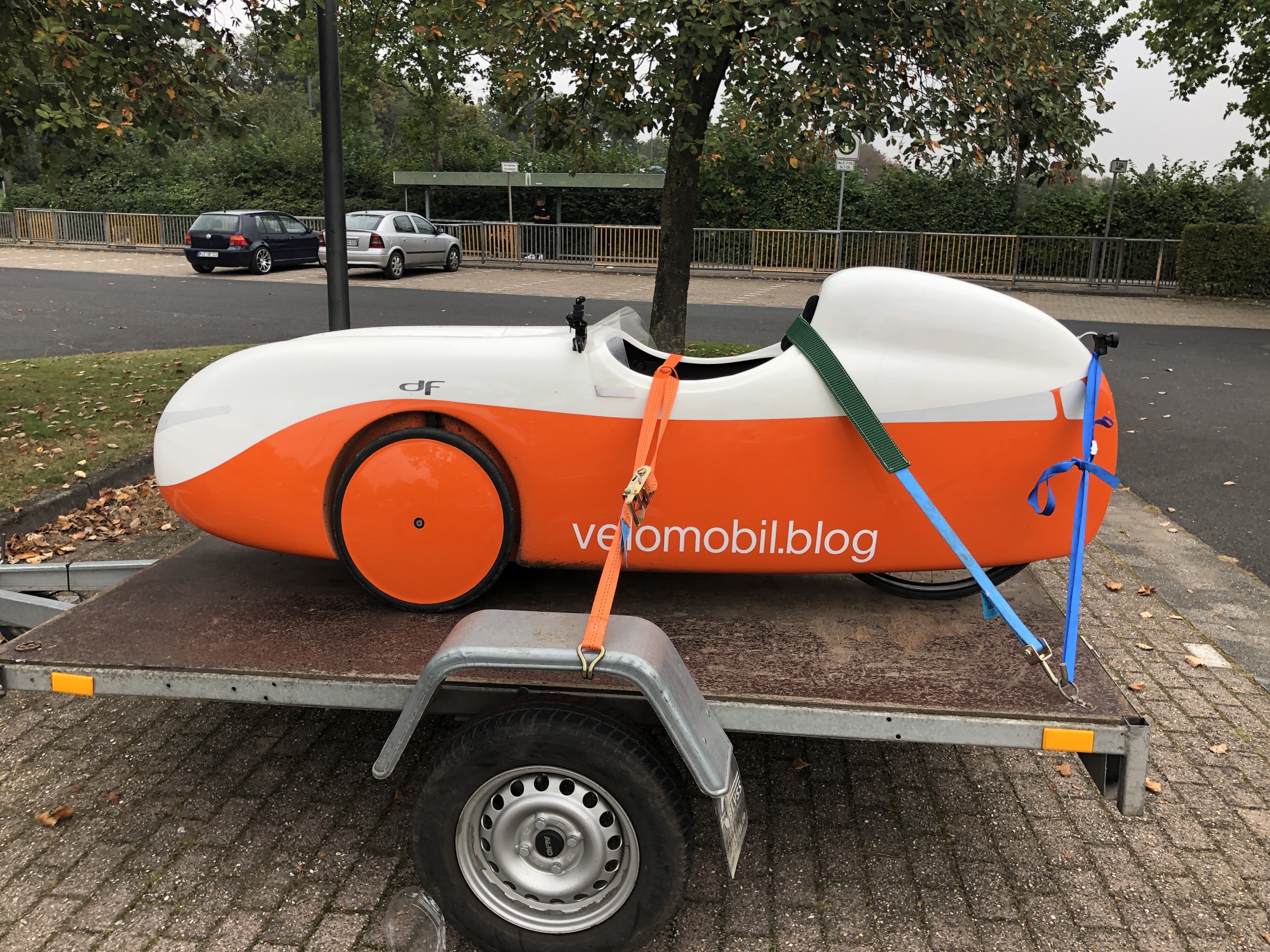 The information about the event and the route was sent by email a week before; Moni and Michael had organised everything perfectly. The start was at 9:00 a.m. and since I hadn't slept much during the week, I decided not to travel by velomobile and took the trailer instead.

At the start I already met the first VM riders; but first I had to register and pick up my brevet card! Afterwards coffee, cake etc. in the clubhouse and the obligatory speech by the organiser. The approx. 130 participants were divided into 4 start groups; together with approx. 10 recumbent riders I started in the last group.

The route: From Twisteden we went west towards Herzogenbosch to Herpt. There was a checkpoint in a café; then back to Twisteden without any detours ... That makes about 200km.

At the start there was a big problem: my navigation system didn't work ... "unexpected error". Numerous resets did not change anything. The other velomobiles were already up and away ... so I hung on to other riders and tried to start the navigation system. After about 30 kilometres I gave up ... After all, I wanted to enjoy the tour and not be annoyed all the time. From then on I navigated by smartphone and roadbook. 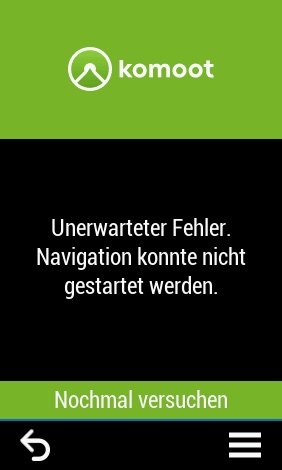 The landscape was very beautiful, but the cycle paths in the towns were a disaster; they were paved, sometimes even with cobblestones. But since in the Netherlands neither other motorists nor the police tolerate riding on the road, I had to go through it. In addition, there were one or two gravel passages. Unplanned was also the market on Saturday morning in two city centres; therefore either dismount and push or accept a diversion.

Apart from the check in the café in Herpt, where I treated myself to a piece of cake, I only stopped for an organic break. along the way there were one or two opportunities to chat with other riders. After a little more than 8 hours gross, I was back at the finish.

Once there, I had the traditional goulash soup and after returning my control card, I was on my way home. Surprisingly, I felt really good the days after; I had neither sore muscles nor any other "after-effects".

It was definitely a premiere for me that I will remember fondly, even if this event was not spectacular for outsiders or other experienced participants! It was not a big surprise for me that I could do this distance. But cycling together with other participants and chatting about trivial things before, during and after the ride was just fun. Especially after several lock-downs and many cancelled events in the last months! 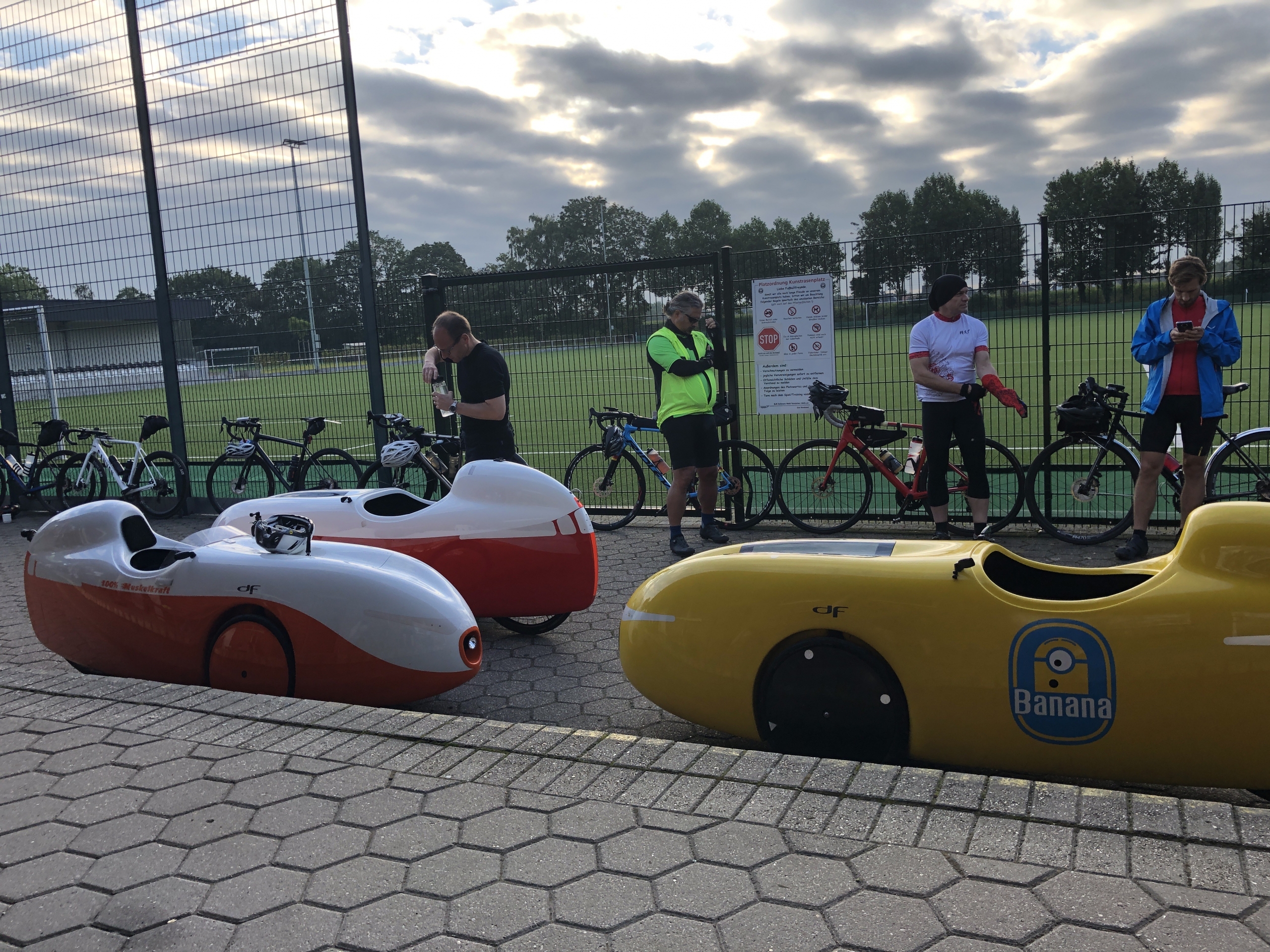 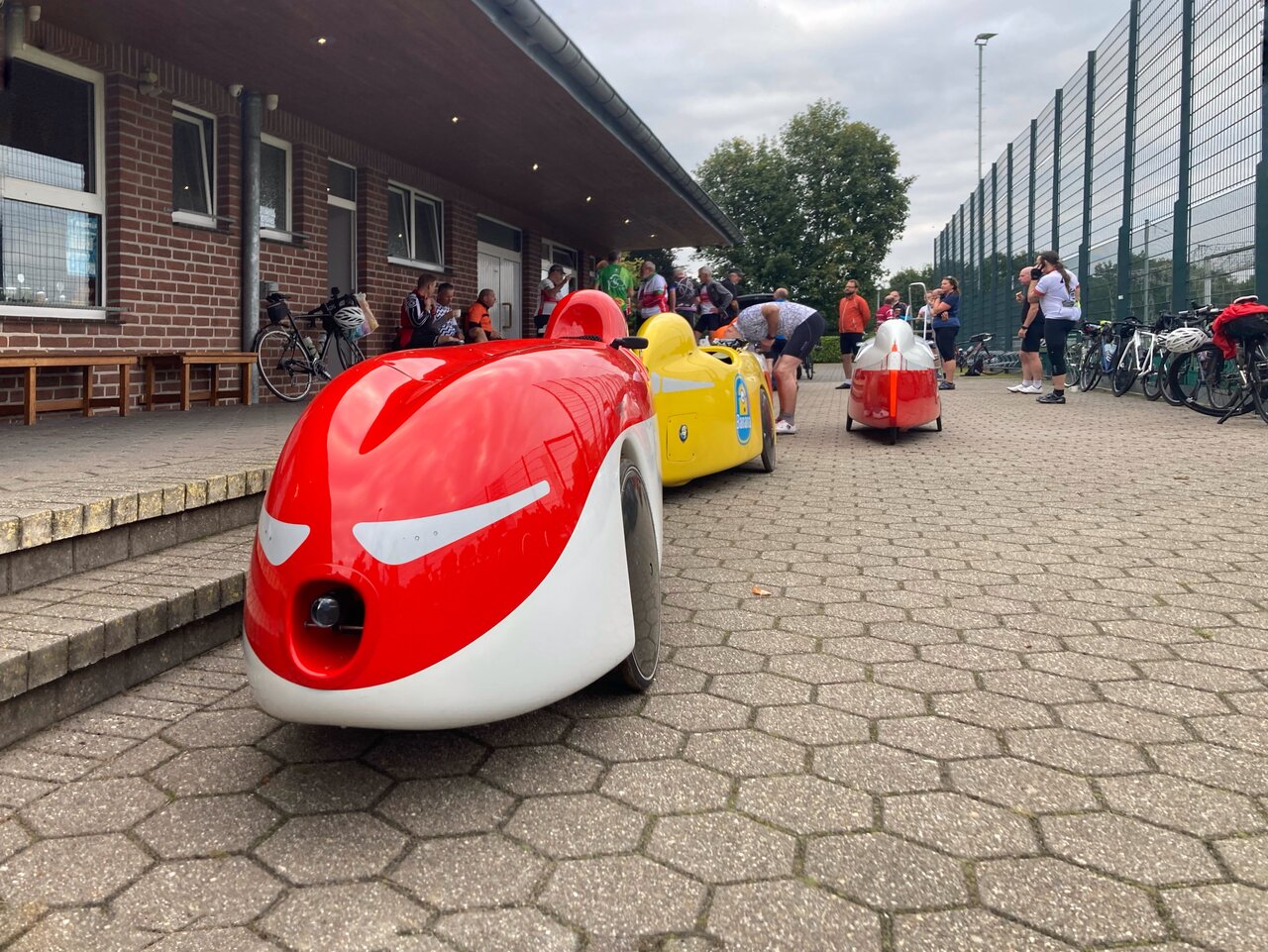 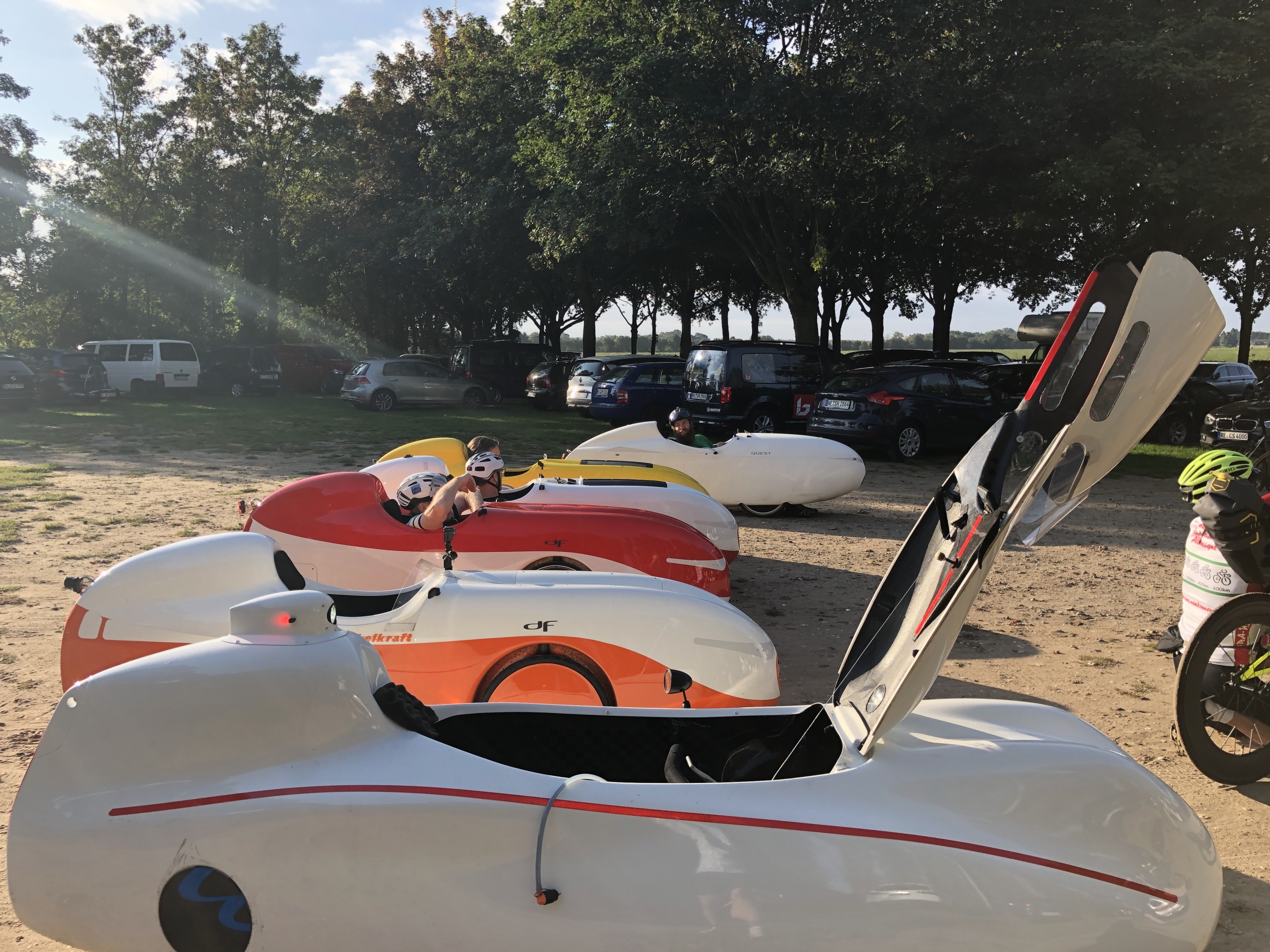 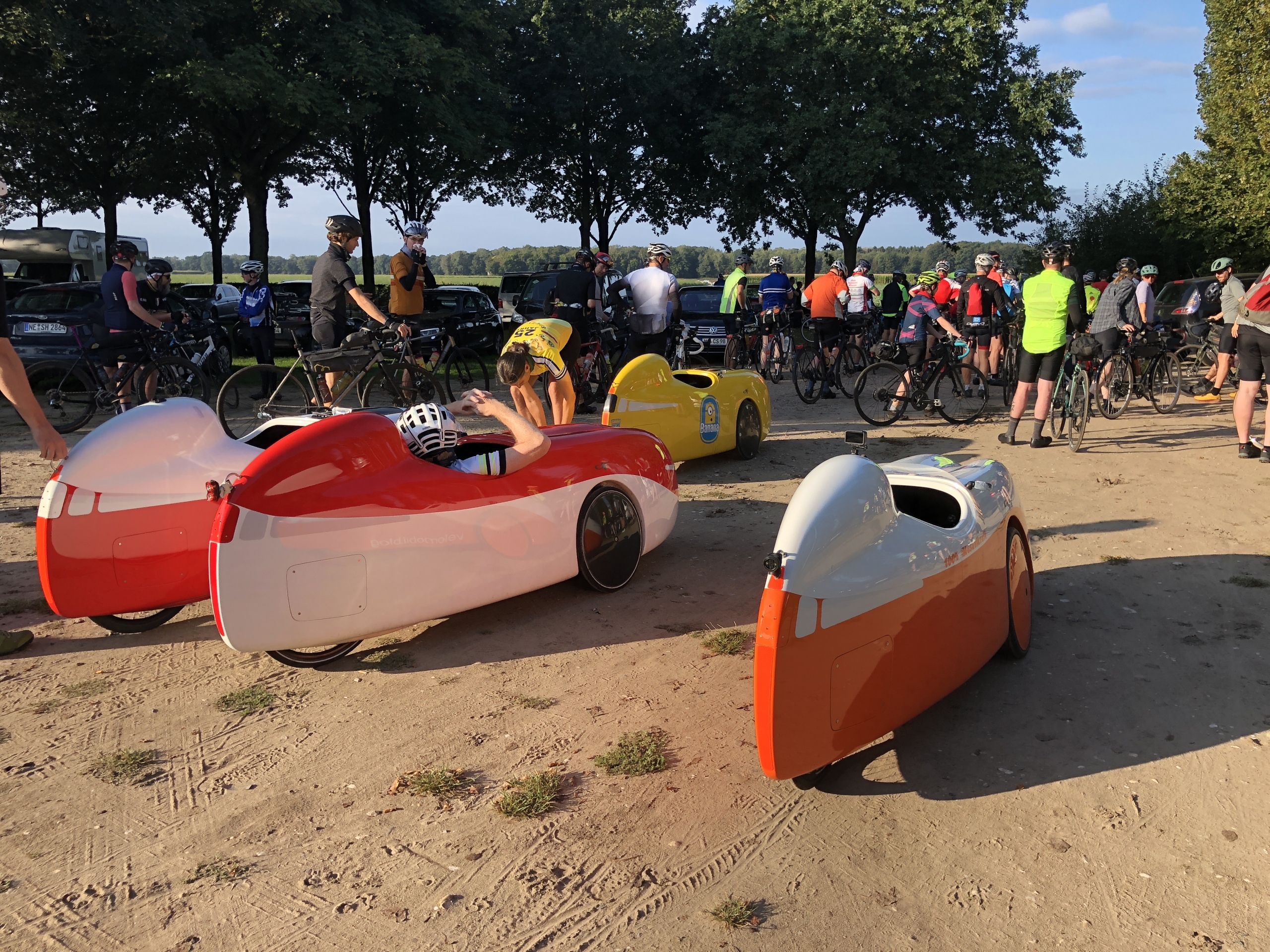 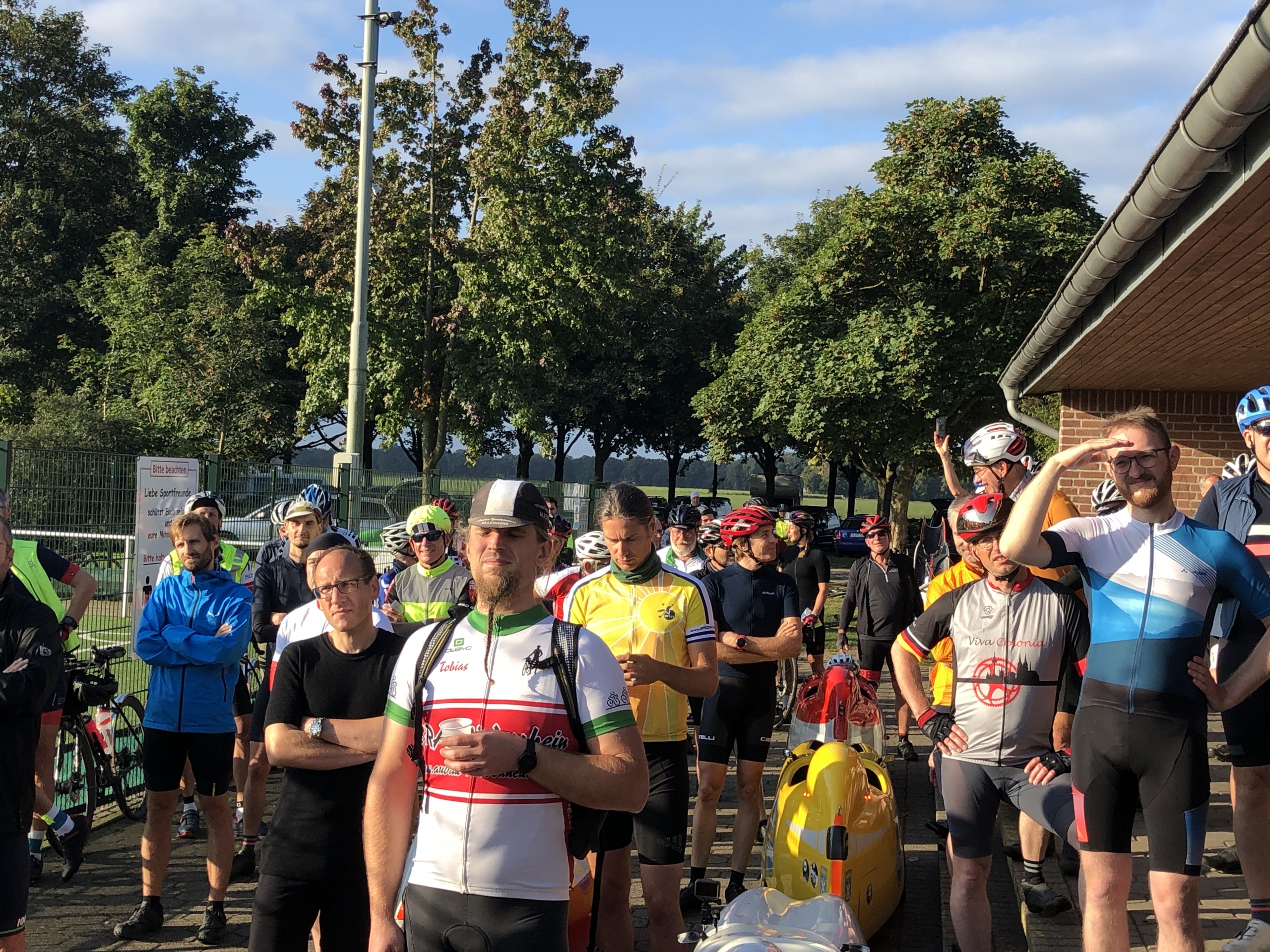 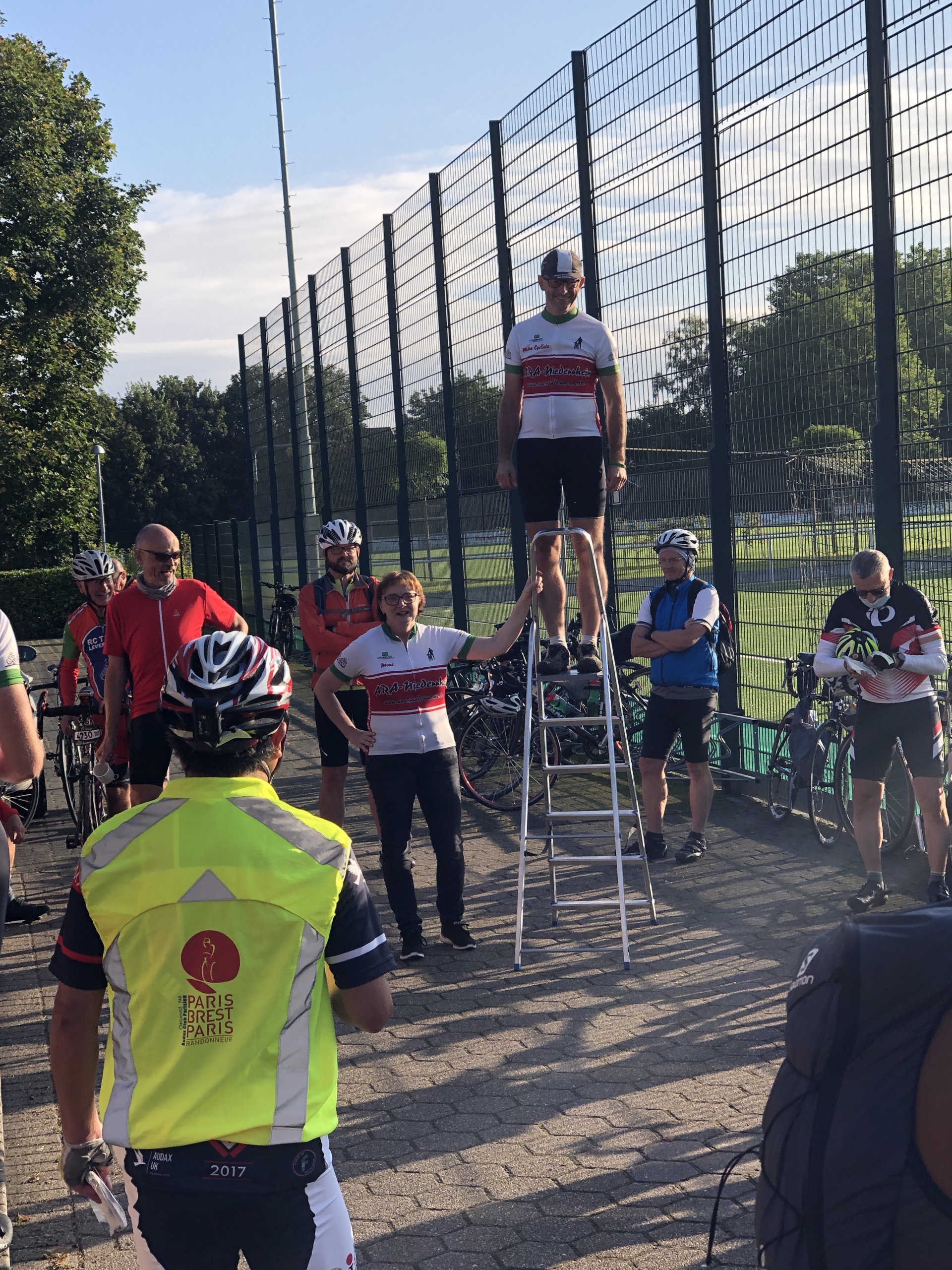