Getting bread rolls, shopping in town, walking the dog, going to the recycling centre, taking parcels to the post office … I have always done all this by car. And then the search for a parking space, the traffic chaos and the traffic jams in the city centre … why do that to yourself? That’s just sh… ! It’s not good for my nerves or those of other road users, not for my car, not for my wallet and certainly not for the environment!

I wanted to change that and that’s why I built myself a cargo bike at the end of the year: A Bullitt from Larry vs. Harry Made in Denmark!

Why a Bullitt of all things?

The Bullitt is relatively light for a cargo bike, but still versatile and already a classic. In addition, there is already quite a large community where I have already got a lot of suggestions (cargobikeforum.de). Since I cycle a lot and in a sporty manner, an e-bike was out of the question for me from the start; even though the purchase of new e-bikes is subsidised with an attractive grant. In addition, an electric motor and battery increase the total weight considerably. Since I couldn’t decide on any of the many colour options, I ordered an unpainted aluminium frame (raw).

As I didn’t want anything off the peg and had precise ideas about the equipment of the cargo bike, I built the bike myself.

I ordered the frame, fork, front wheel and hub dynamo from SM-Parts in Nuremberg. Super, competent service! A clear recommendation from me! After about 3 weeks the frameset was at home! After that, I ordered some specific add-on parts for the Bullitt, such as the loading area or the mudguards. I used the time of waiting by browsing the Cargobike forum and talking to some riders. Great community!

Other parts like brakes, crank, rear wheel, sprocket, shifter, saddle, post and handlebars came from my other MTBs.

I use a 90-litre game tray, which is lashed to the loading area with tension straps, as a boot and to transport the shopping safely. And with a tarpaulin I hide my load, such as the shopping bags, from prying eyes. I’m still thinking about buying a luggage rack with saddlebags. 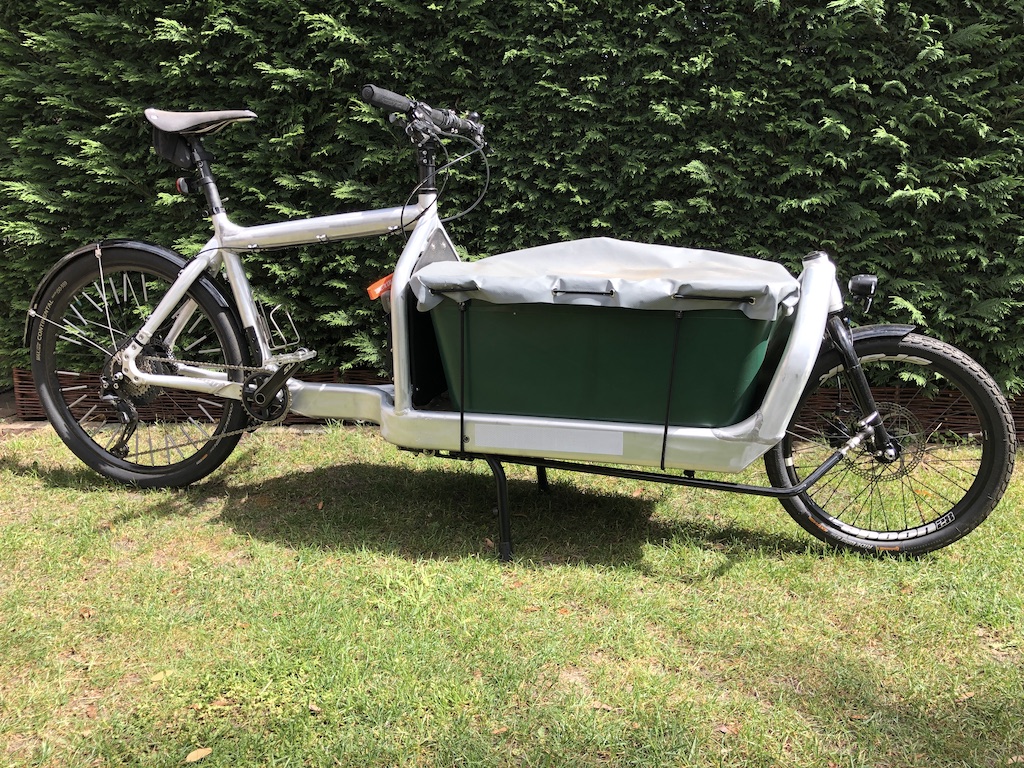 I was not sure how the bike would ride, because I had never ridden a cargo bike before and the long wheelbase combined with the unusual steering made me a little doubtful. The first few metres were a bit “strange” to ride; just shifting the body’s centre of gravity was not enough to steer or keep the balance. Compared to a normal bike, you have to turn the handlebars more strongly. Riding in the saddle on inclines also took some getting used to … but you soon get the hang of it.

In the meantime, I’ve done dozens of shopping trips and I’ve also been out and about with the dog in its box. The Bullitt rides really well, is reassuringly safe and confident on the road and it’s just great fun cruising. Only uphill stretches are a real challenge, because then the tare weight of approx. 25 kg and the load become clearly noticeable. But even that is only a question of getting used to it, and after that it’s downhill again at some point, so it’s reassuring to feel that the disc brakes have the load and the rider’s weight under control at all times. For less trained cyclists or cyclists without sporting ambitions who don’t live in the lowlands, I would definitely recommend a cargo bike with an electric motor.

My shopping fits easily in the “boot”; 3 large shopping bags, toilet paper and a sack of potatoes are no problem.

However, I don’t want to hide the fact that the Bullitt has one disadvantage; that is the required “parking space”! You don’t want to leave such a jewel permanently on the street and in the open. Even though it is quite slim and relatively light compared to other cargo bikes … you can’t just carry it down a narrow stairwell into the basement! It also hardly fits next to the car in our garage, so sometimes the car has to be parked outside.

My conclusion: The Bullitt is not only a great cargo bike!

It’s also a great bike for everyday use! And not just for shopping. It’s perfect for weekend trips with the family and the dog. Even without an electric motor, my Bullitt is unexpectedly dynamic. Getting used to it is minimal and the riding pleasure is enormous. Apart from my long tours with the velomobile, I only ride it.

So now I have to go to the garden centre … to get a few square metres of turf and some plants … with the Bullitt, of course! It’s going to be fun! 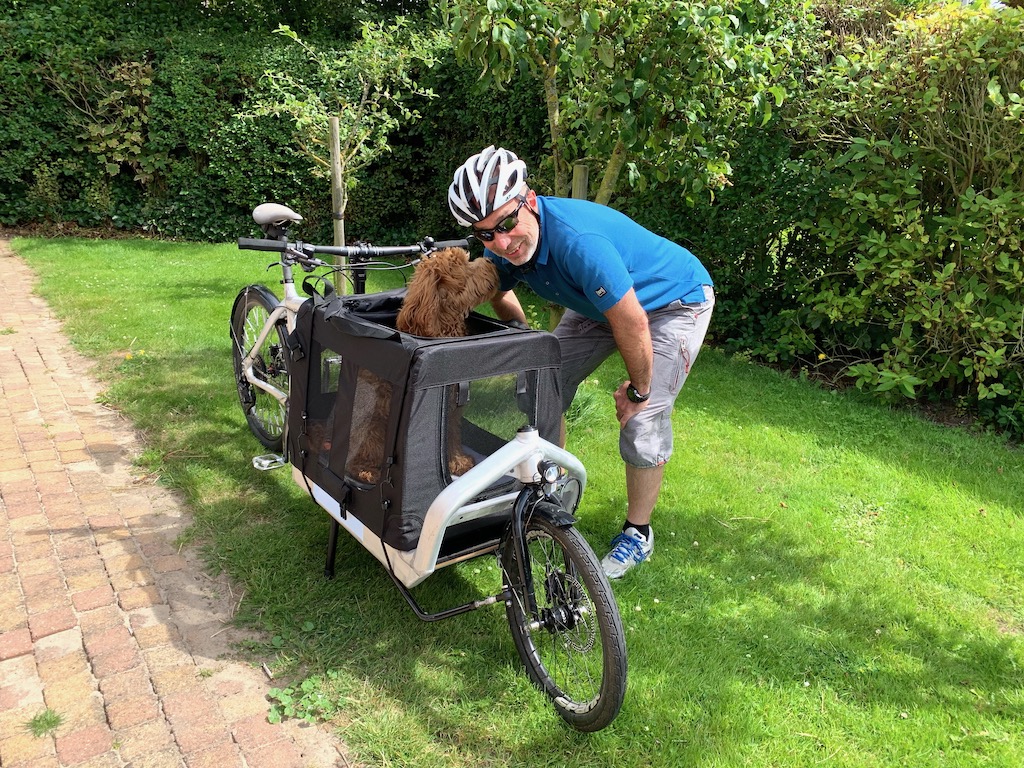 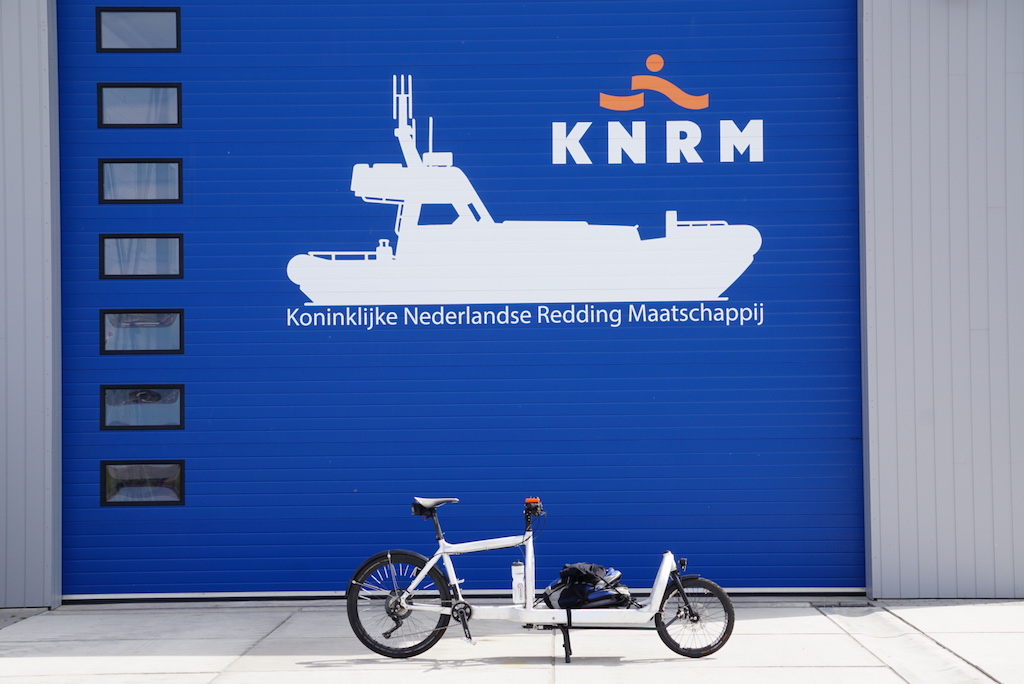 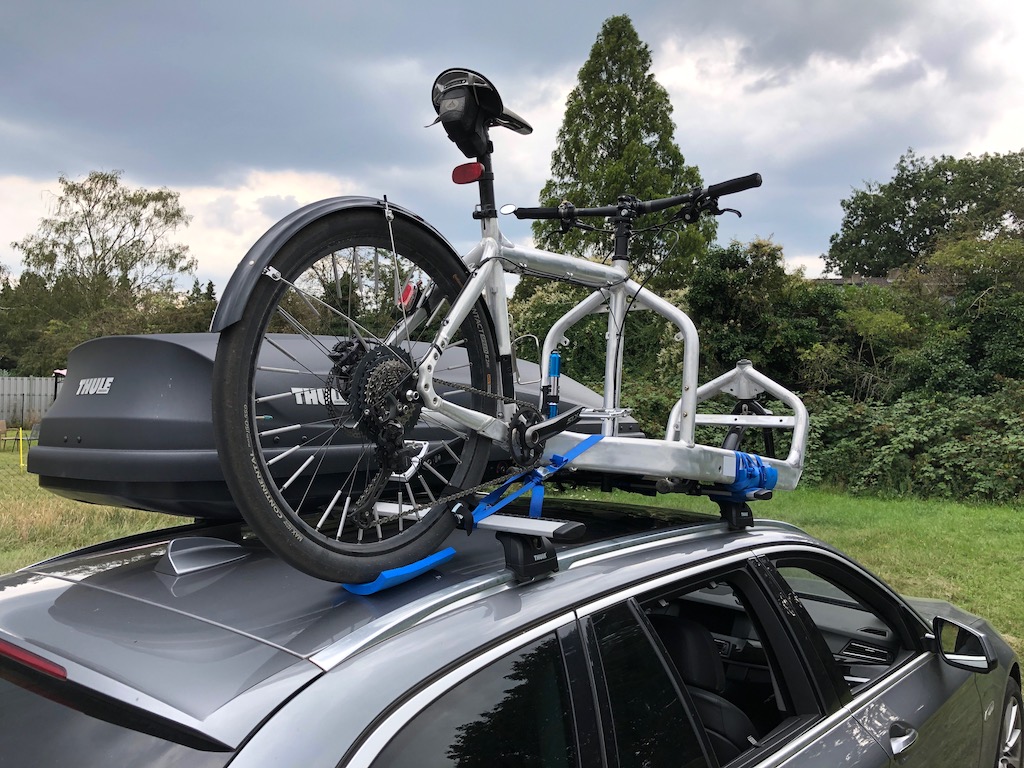 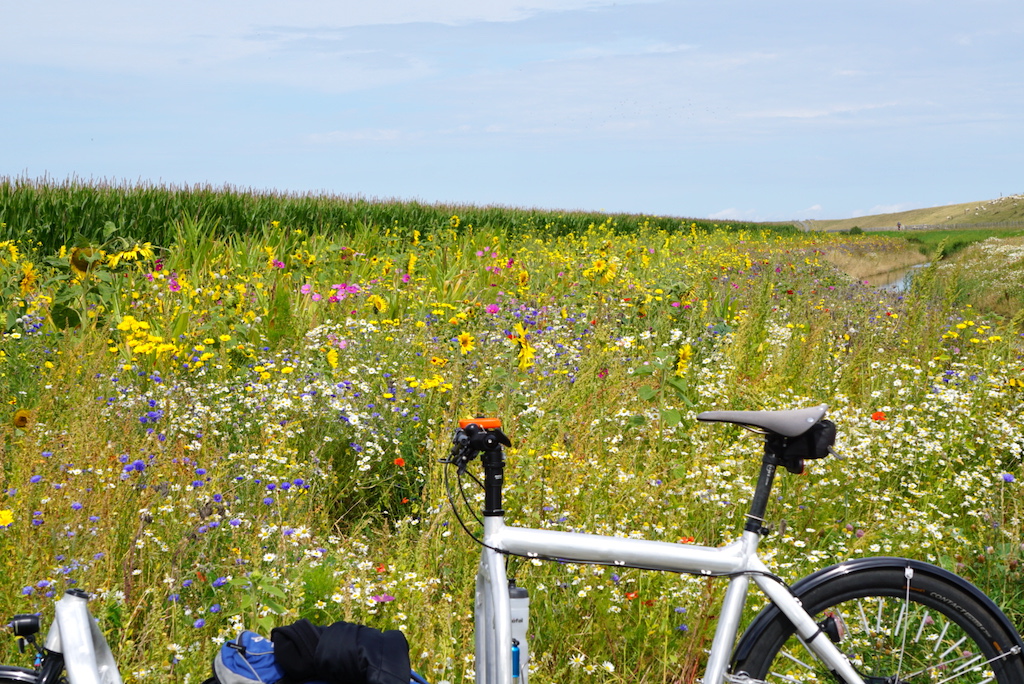 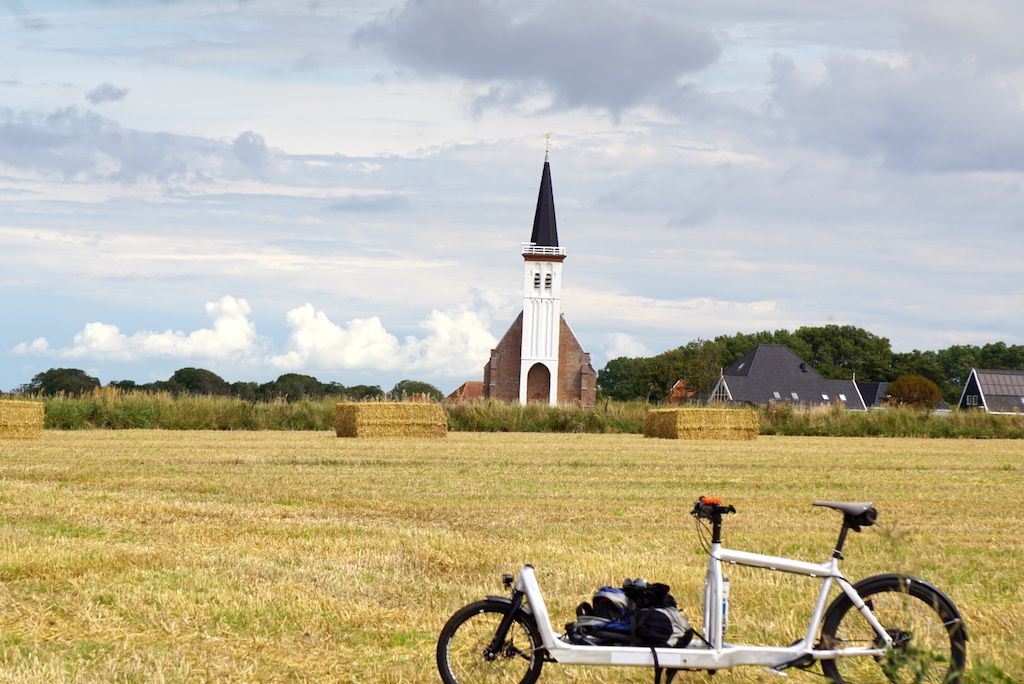 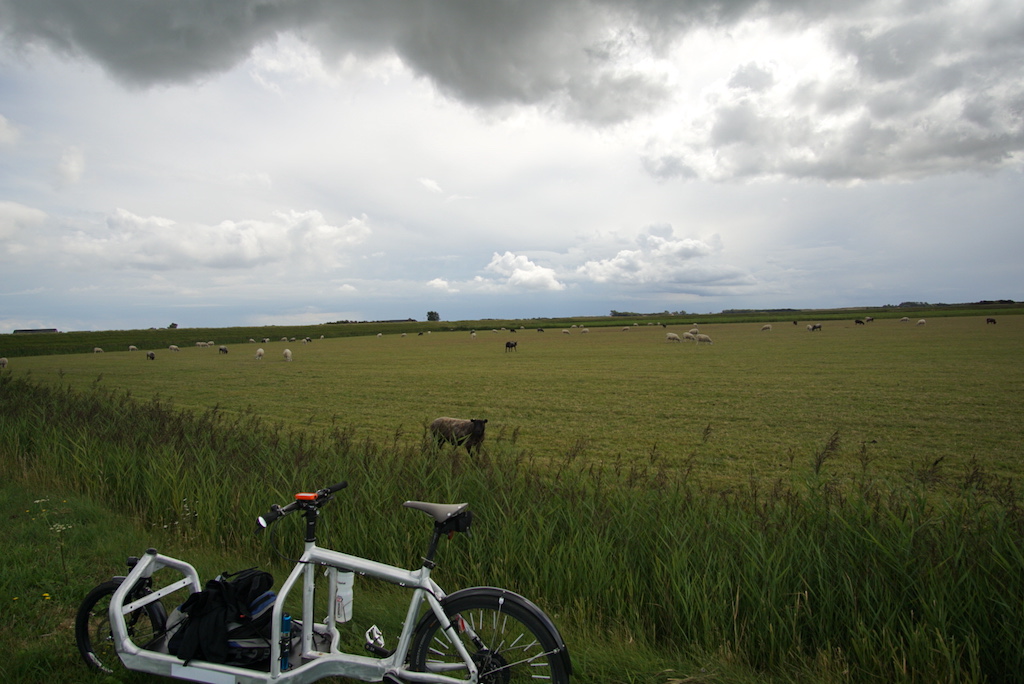