I was not satisfied with my Garmin Edge 520 plus (my test report) and because of a bug that could not be fixed, I returned the device with a heavy heart after several months. In my search for a replacement, I waited a long time for the new Garmin models (Edge 530 and 830) and the Wahoo Elemnt Roam. In the end, I bought the Garmin Edge 830 because Wahoo still didn’t have the Roam on sale.

The new Edge has become larger; instead of the previous 2.2 inches on the 520, the new 530/830 is now 2.6 inches. The permanently installed battery promises a runtime of 20 hours and the new processor is supposed to be twice as fast, which means that routes, among other things, are calculated much more quickly. Also new are the contacts on the holder on the underside, which allows an additional battery to be used.

According to Garmin, the new devices are intended to appeal to MTB riders in particular and underline this with new features such as “Climb Pro”, “Grit”, acceleration and “Flow” values.

The scope of delivery includes 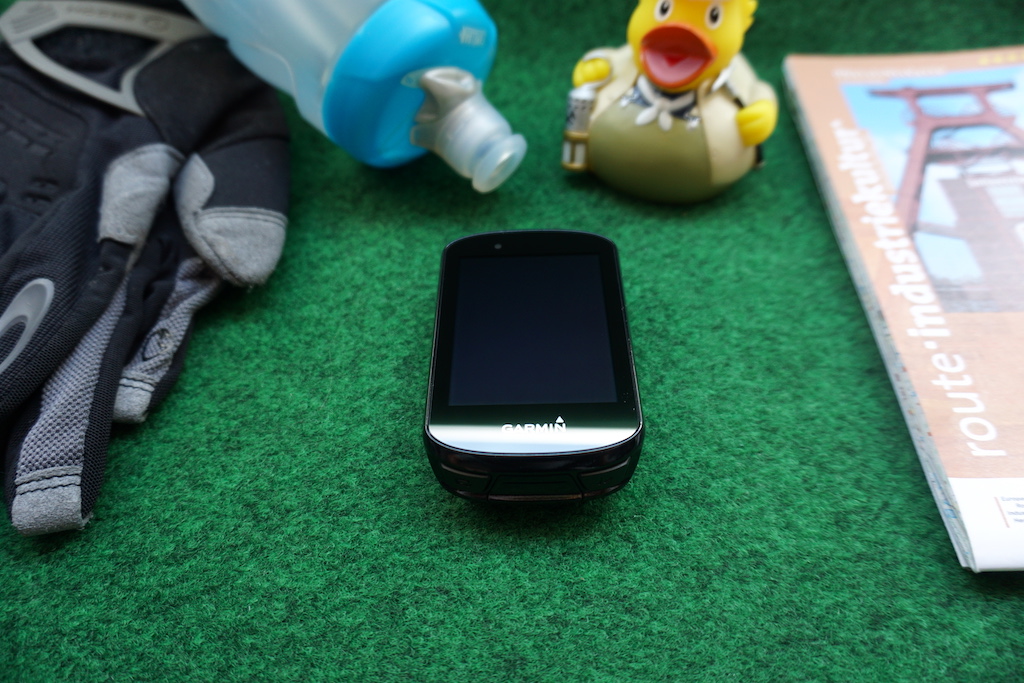 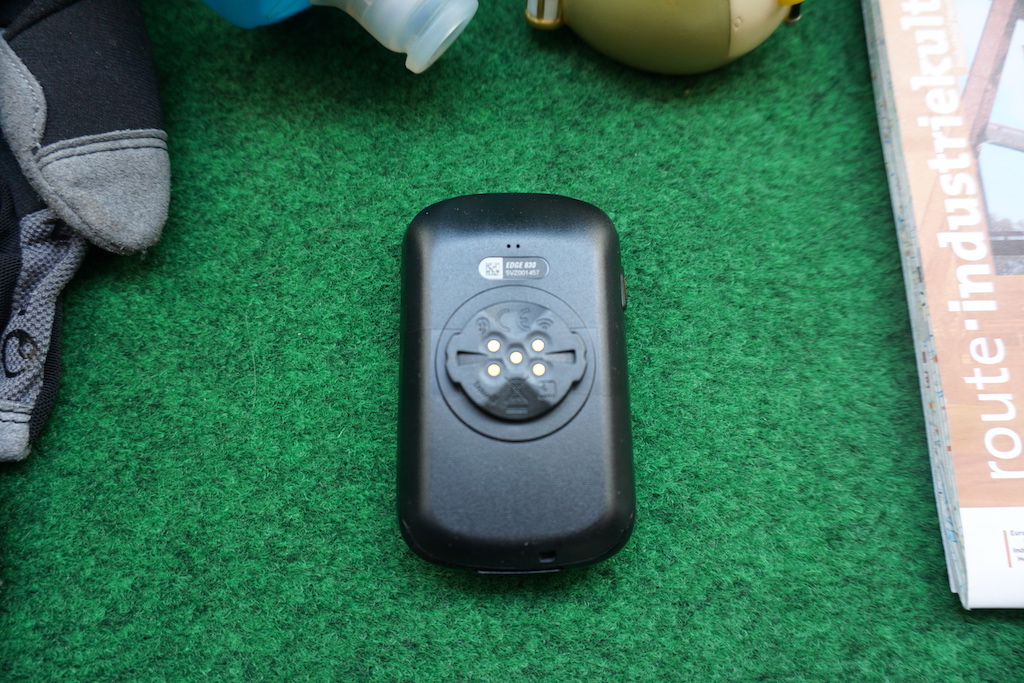 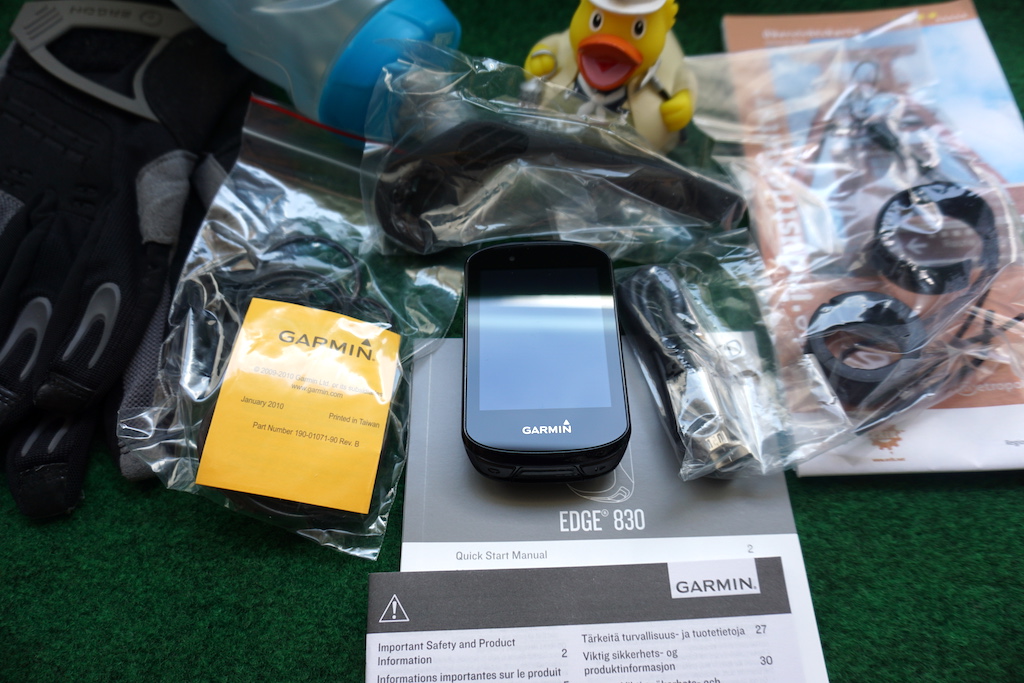 Switch on and configuration

Before installation, some updates have to be loaded and installed; this took me about 2 hours! In the meantime, I first installed the Garmin Connect Mobile App on my iPhone. After pairing Garmin and smartphone, I “registered” my chest strap and my Garmin rear light (here is my test report on the Garmin Varia RTL511) … everything without any problems.

Strava was already pre-installed; I only had to register here. I found the linking of Komoot and Garmin a little more complicated. First I entered my Garmin account information in the Komoot app. Then I downloaded the Komoot Connect IQ app from the IQ Store in the Garmin Connect app and entered my Komoot account information there. If I now go to the IQ menu on my Edge and select Komoot, I find all the tours planned on Komoot that I can select, save and retrace! This also works great on the road!

What is important to me!

I use the Edge 830 on my MTB and in my velomobile (click). I don’t need many features like Group Track, Virtual Partner or training programmes at all.

It’s important to me that my tours are recorded and that I can evaluate them later. It’s also important for me to discover and ride new tours, because nothing is more boring than riding the same route over and over again. I plan my tours on my computer at home or use tour suggestions from Komoot or other portals such as GPSies. Or I spontaneously leave a previously planned tour and look at it later at home to see where I actually came from.

Of course, I was also curious about the faster processor and the battery life. But I was particularly curious about the interaction between my iPhone and the Garmin. I had a lot of problems with the 520 plus: I often had to switch the devices on and off again several times before they found each other and paired up, so that sometimes 10 minutes or more passed before I could finally set off.

What didn’t work at all were “Garmin LiveTrack” and “Strava Beacon”. More about that later! As I said, this had not worked at all with the 520 plus and I therefore spent a lot of time with the Garmin hotline. Again and again, improvement was promised with each update; but it didn’t get any better and I was glad that my dealer took the device back after about 5 months!

I didn’t have to mount anything on my bikes … I simply continued to use the existing Garmin mounts … Put the Edge 830 on, turn it 90 degrees and off you go! 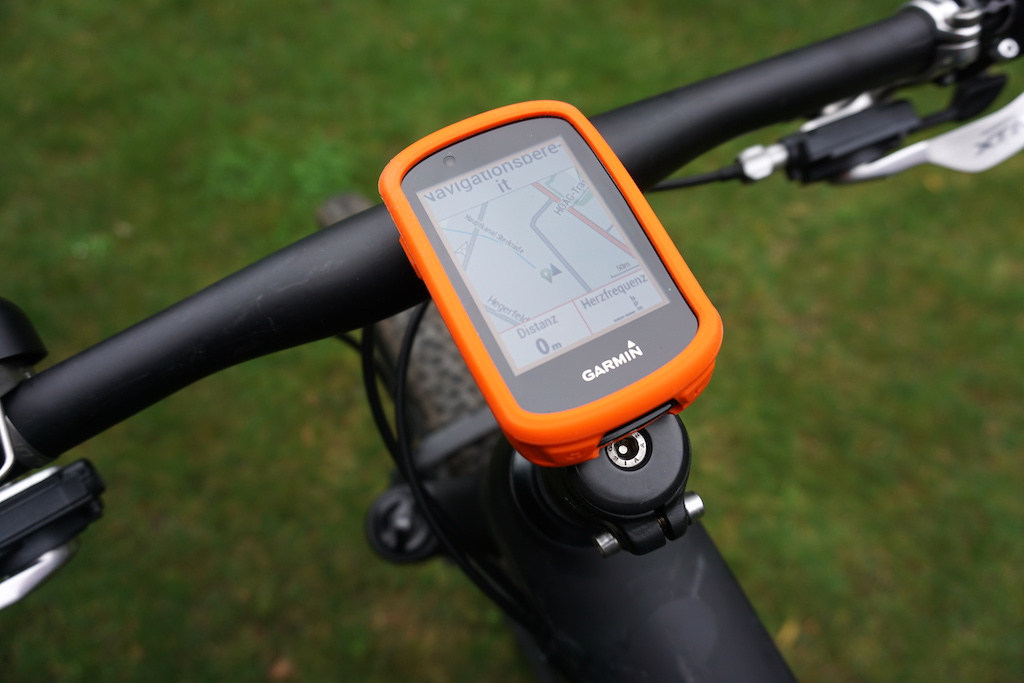 My “old” sat navs didn’t have a touchscreen; the new one does! But is the extra price of 100€ justified? For me, I answered this question with a clear “YES”; because I am used to this type of operation by smartphone and tablet and I find the use much more intuitive! Some users complain about touchscreens because when they are wiped over (e.g. when it is raining), the device reacts unintentionally. So far I can live with that.

What is particularly important to me and what I primarily use a bicycle navigator for:
– Navigation, Back To Start …
– Tracing downloaded routes
– Recording my rides
– Integration of Komoot and Strava
– LiveTracking (with Garmin LiveTrack and Straka Beacon)

I’m not entirely satisfied with the 830 when it has to reschedule during navigation or when following a route because, for example, I took a wrong turn. Instead of immediately calculating an alternative route, it asks me to turn around … and often over a long period of time! I also find it irritating when it tells me to turn off, even though the route goes straight ahead according to the map! This is particularly dangerous if you rely solely on the voice instructions without looking at the map!

Garmin states that the battery life is 20 hours. I can’t really confirm that, because my previous tours with the new Garmin lasted a maximum of 5 hours. But since I only charged the battery when it was actually almost empty, I would say that 20 hours is realistic.

Now that this feature finally (!) works perfectly, I would like to highlight it! I have set my Garmin or the Connect app on my smartphone so that LiveTrack is automatically activated when I start or set off on a tour. Then my family receives an email with a link and can see in real time on the map where I am and what distance I have covered. This not only saves me having to make enquiries or calls during the journey (“Where are you? When will you be home?” …) but also gives me personally the certainty that I can be found in the event of an accident, because I am often on the road alone. Somehow reassuring! 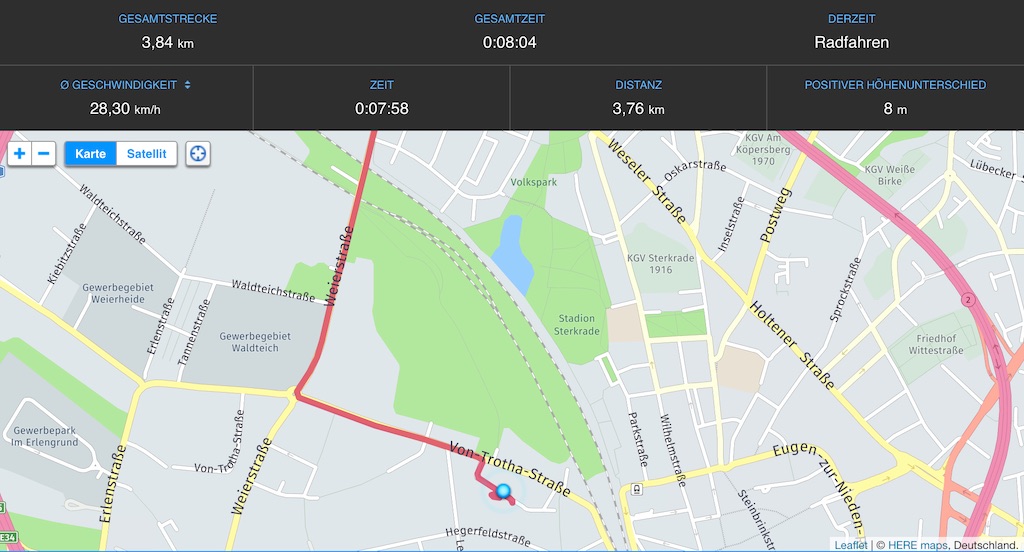 My conclusion after 4 weeks of intensive use …

is predominantly positive! This applies above all to the interaction with my iPhone (which was unfortunately a disaster with the Garmin 520 plus); there have been no problems here so far. I don’t use all the features by far, but what I do use (navigation, Komoot, Strava, LiveTrack …) works. Only in navigation are there one or two irritating hints that I can’t understand. The address input is also not very intuitive so far … but maybe that’s down to the user or the wrong configuration 😉

Display/touchscreen, stand-by time, processor performance … so far I am very satisfied. I would also like to mention that I have not had a crash yet.  In the meantime, I have given the little bike navi a bullet-proof glass film and a silicone case. After all, I want to use it for a long time.

Therefore, a clear buy recommendation from me!