Test JBL Go 2 – Bluetooth speaker for on the go

Music is my constant companion! Whether for private or professional use, indoors or outdoors! I also need a loudspeaker for the navigation announcements on my tours in the velomobile. Headphones are out of the question, because you should not be distracted by road traffic!

During my research for a “suitable” loudspeaker, I quickly found what I was looking for in the small and handy models from JBL and, not least because of the attractive price of less than 30€ (RRP 34.99€), I decided on the new edition of the JBL Go, which has been very successful for years. The choice of colour was more difficult, because the small sound cube is available in 12 different colours. I chose the bright orange to match my velomobile. 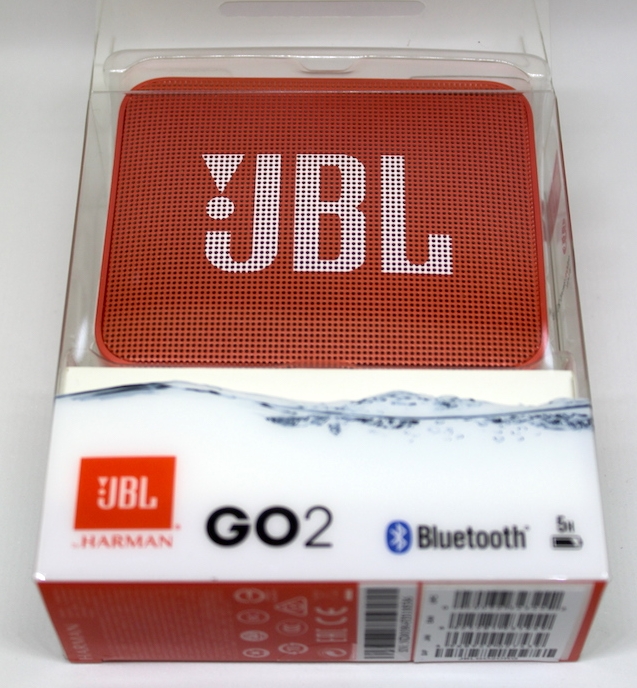 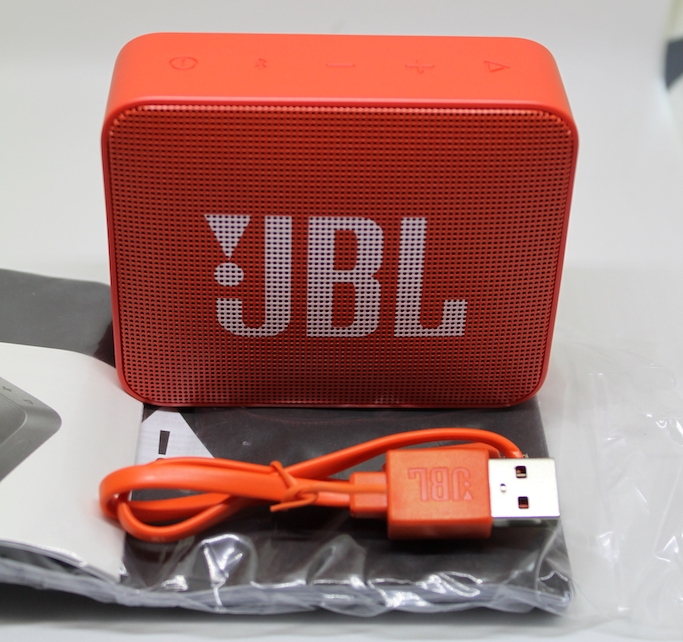 With its weight of approx. 180 grams and its compact dimensions, the JBL Go 2 is a flea among Bluetooth speakers. The packaging is simple and, in addition to the speaker and the instructions, also contains the colour-matching USB charging cable. That’s all anyone needs.

In contrast to its predecessor, the battery capacity of the new model has been increased from 600 mAh to 730 mAh and the charging time dropped to 2.5 hours; after that, the JBL speaker officially plays for 5 hours. So far, the battery has lasted longer for me, but in the end it’s also a question of volume, outside temperature, etc. 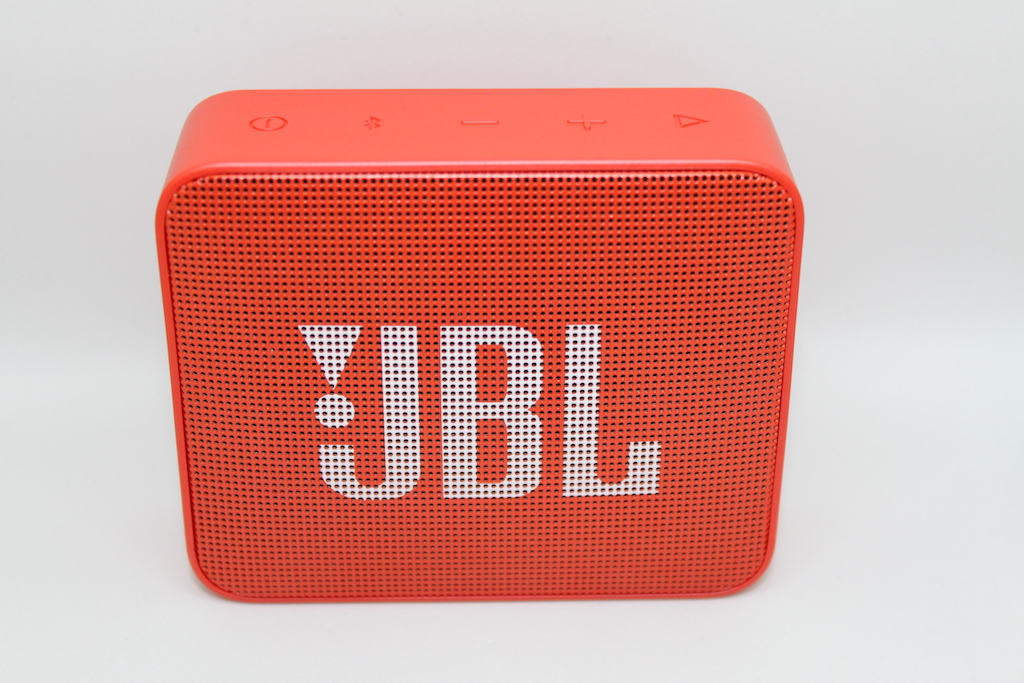 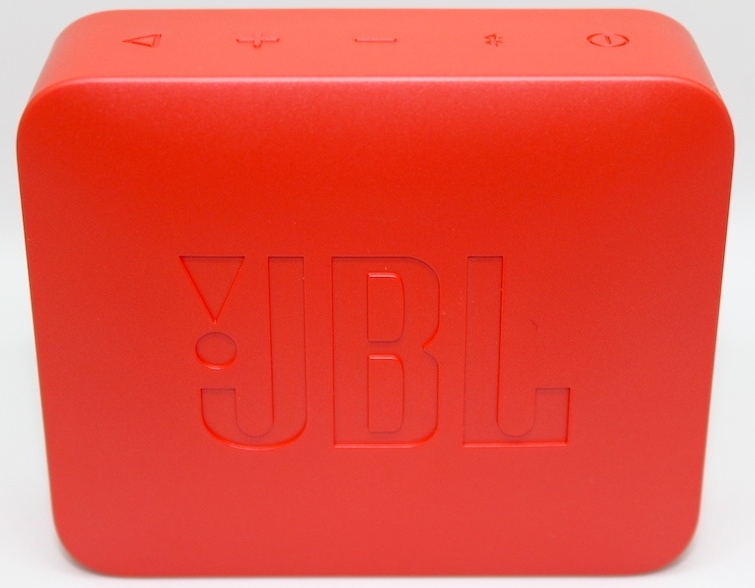 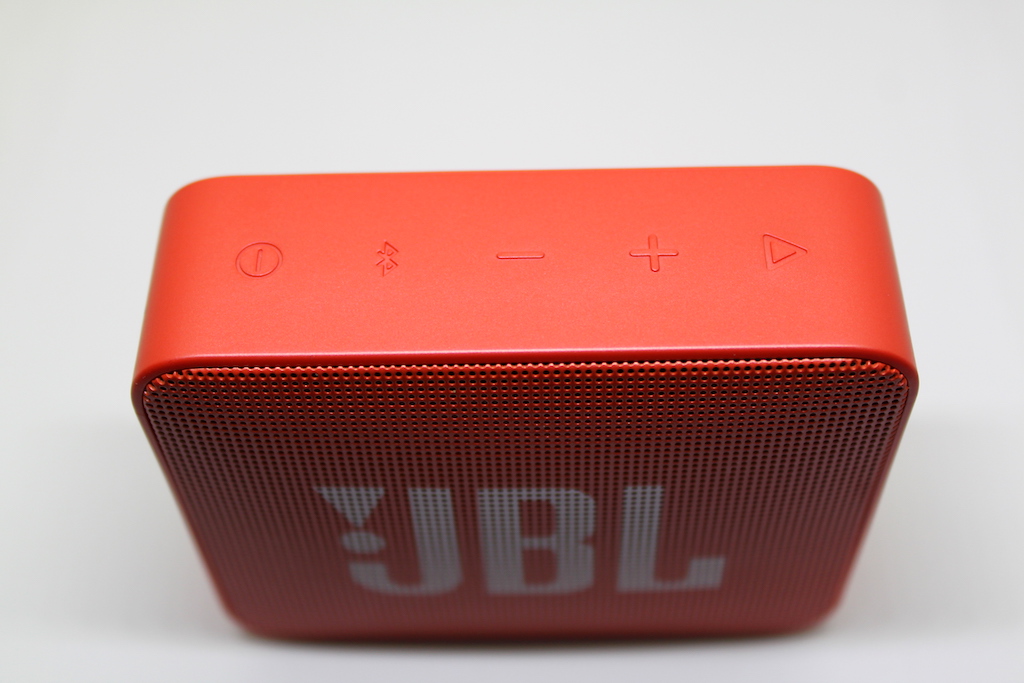 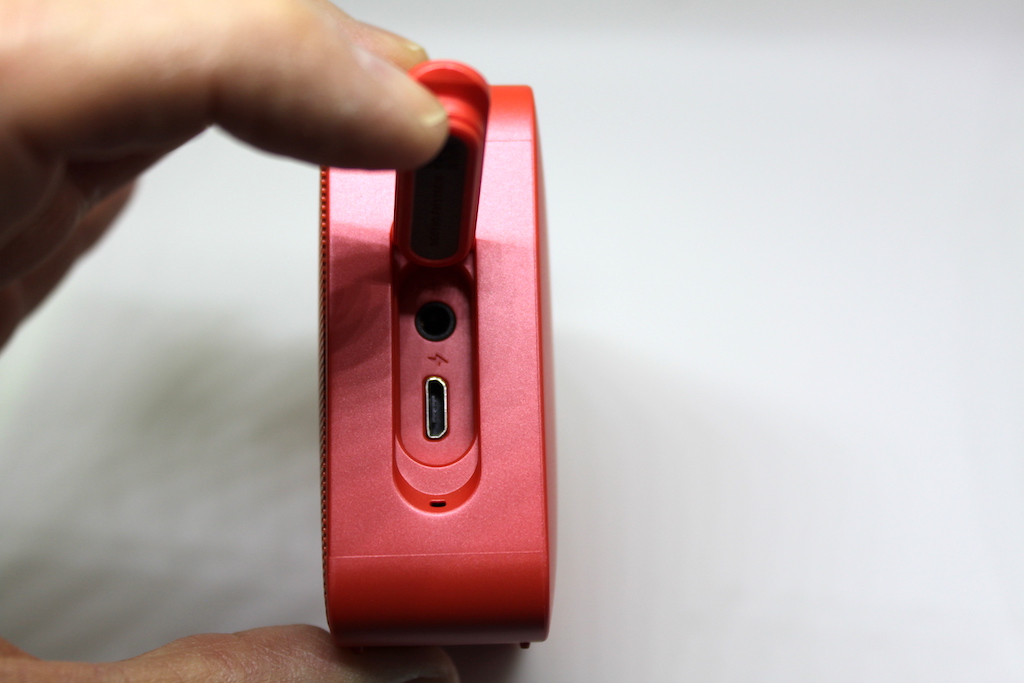 The large JBL logo is emblazoned on the front and back and the 40mm driver is located behind the front grille. At the top you will find the controls. Here you can switch the speaker on and off, activate Bluetooth to pair it with your smartphone, adjust the volume and pause or resume playback. When pressed twice, the player jumps to the next track. That is enough. Everything else is best controlled via your smartphone. By the way … the JBL Go 2 can also be used as a hands-free device. Hidden behind a flap on the side are the USB charging socket and the 3.5 mm jack input, which can also be used to record directly to the speaker. However, a corresponding cable is not included in the scope of delivery.

Let’s move on to the most important feature of the small loudspeaker … music reproduction and thus the sound. To say it right away; those who expect deep bass and high volume levels will be disappointed. Anyone who wasn’t completely distracted in physics class at school knows that this is of course only possible with the appropriate size of loudspeaker diaphragm and a large sound box. And because of its small dimensions and 40mm full-range driver, the small JBL is at a disadvantage compared to other larger party speakers.

Apart from my hi-fi system, I often listen to music through my Bose Soundlink Mini 2, which is much bigger and more expensive than the Go 2. So a direct comparison of the two would be unfair! And yet, compared to the class leader, the small JBL speaker sounds surprisingly good: clear, precise and, if you want, you can even fill a small room with sound; you just have to do without real bass reproduction. When I’m on the road in my scooter, I can hear the navigation instructions clearly, even at high speeds and in spite of the wind.  And listening to music is just fine. No matter whether it’s U2, Chemical Brothers or Adele, soft or loud … the JBL Go 2 sounds quite acceptable for its size without distorting, it just lacks the low tones.

I particularly like the fact that the small speaker is extremely robust! It is waterproof (IPX7), the lightly rubberised surface ensures that there is no dirt adhesion and the Go 2 is sufficiently protected; even after weeks of use, it looks like new and a fall down a staircase over two floors was absorbed without scratches or dents.

If you are looking for a loud and powerful party speaker or even expect high fidelity, you will be disappointed. However, if you, like me, are out and about a lot, don’t want to do without music and are therefore looking for a small, lightweight, inexpensive and absolutely robust “always with you” speaker, you will have fun!

Tip: Be sure to use the equaliser

I myself use Spotify on my smartphone. This allows me to adjust the sound individually or use predefined profiles. Here is a short guide to finding the equaliser on Spotify:
–> Library –> Settings (cogwheel) –> Playback –> Equalizer.

Have fun with it! 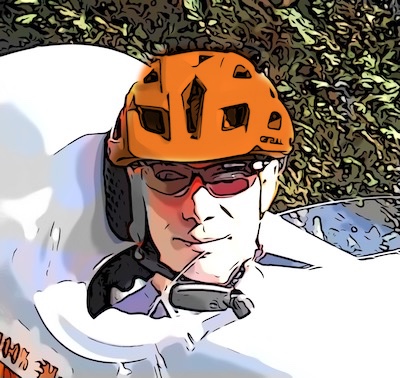