Last year in September I rode a brevet for the first time (you can find my report here). From then on, my ambition got the better of me and this year I’d like to do a complete brevet series, i.e. 200, 300, 400 and 600 kilometres.

Of course, a lot of it revolves around physical and mental fitness. But I’ve also learned that it’s not that easy to schedule the whole thing. After all, it has to be compatible with family and work!

As usual, all participants received detailed information about the route one week before the start, i.e. road book, general information and of course the actual route as GPS file. I was disappointed at first, because the route was again called “Mühlentour” and like last year it led from Twisteden to Herzogenbosch and back.

I didn’t have good memories of this route; although I had completed it in 8:25 hours without any problems in wonderful weather, the road surface, and by that I mean the Dutch cobblestones in many places, had given me and all the other riders quite a hard time. On closer inspection, however, I realised that the route was not one hundred percent identical to the one from the previous year and so I simply pushed my concerns aside.

Again I travelled with a trailer on which I had lashed my velomobile. I didn’t want to get up even earlier and travel with the VM. One hour before the start I arrived in Twisteden at the sports field and did my duty: unload the velomobile, change clothes and register. Until the official welcome by Micha and Moni, there was enough time for a second breakfast and a relaxed exchange with other participants; I knew some of them from the last event. As in the year before, about 150 participants were registered and probably because of the beautiful weather there were hardly any cancellations. Among them were about 10 velomobiles.

After last year’s disaster (my bike computer broke down), I had checked this time that the route was also displayed on the bike navigation system. As a backup, I had also installed the tour on my smartphone … better safe than sorry. 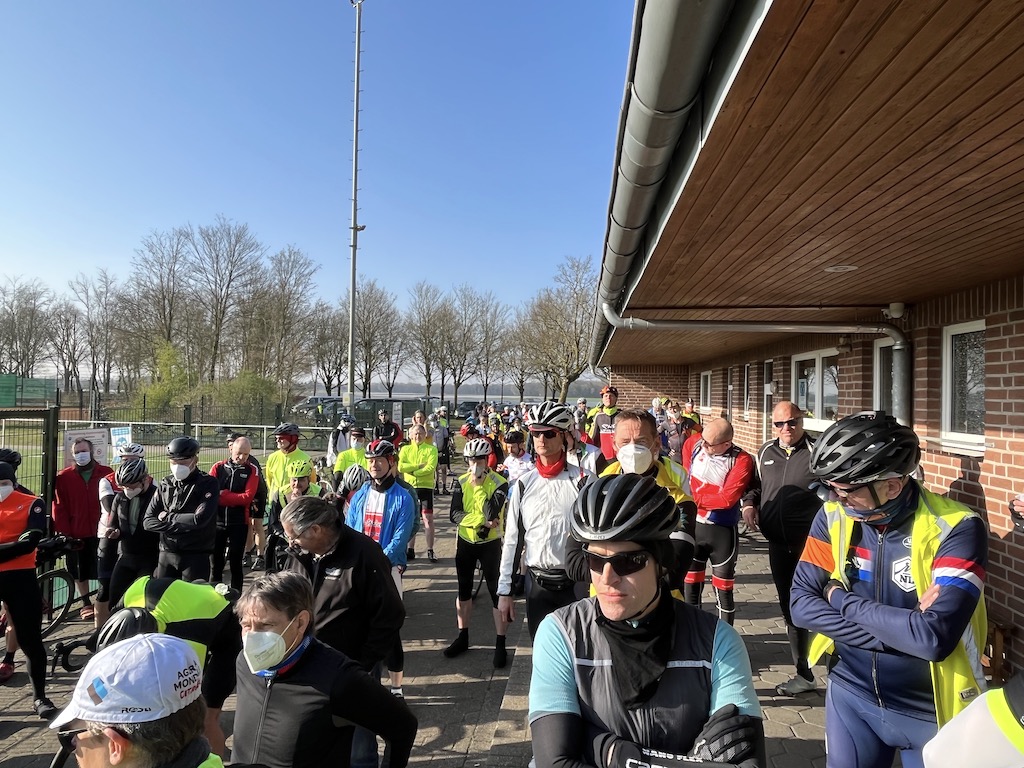 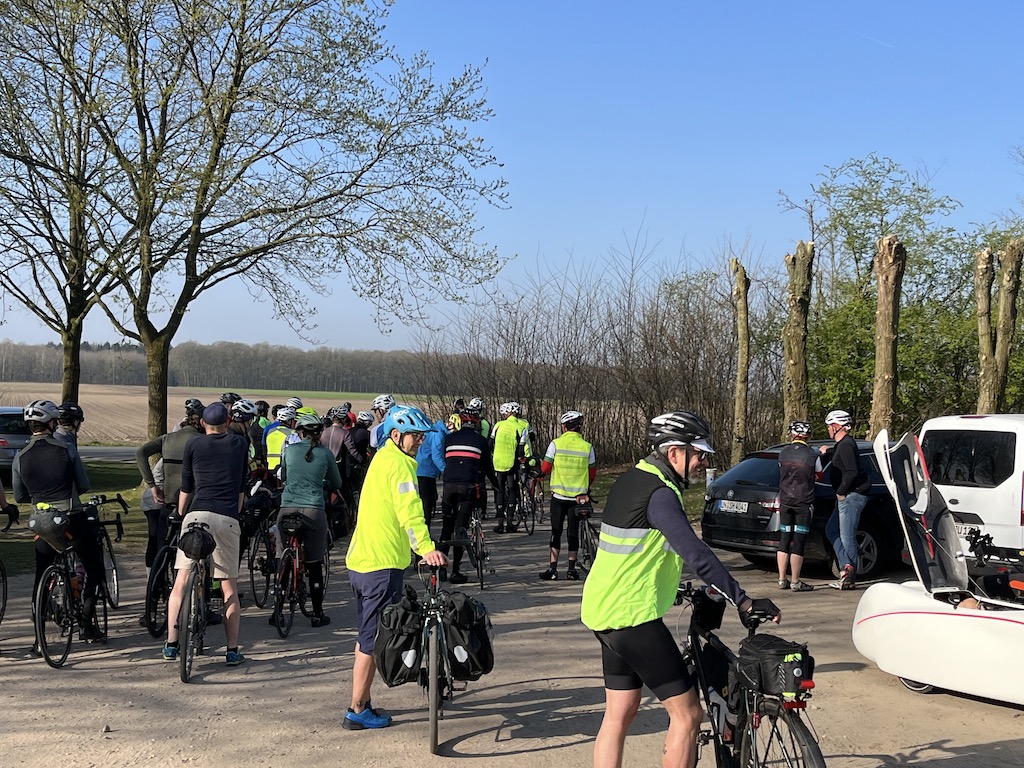 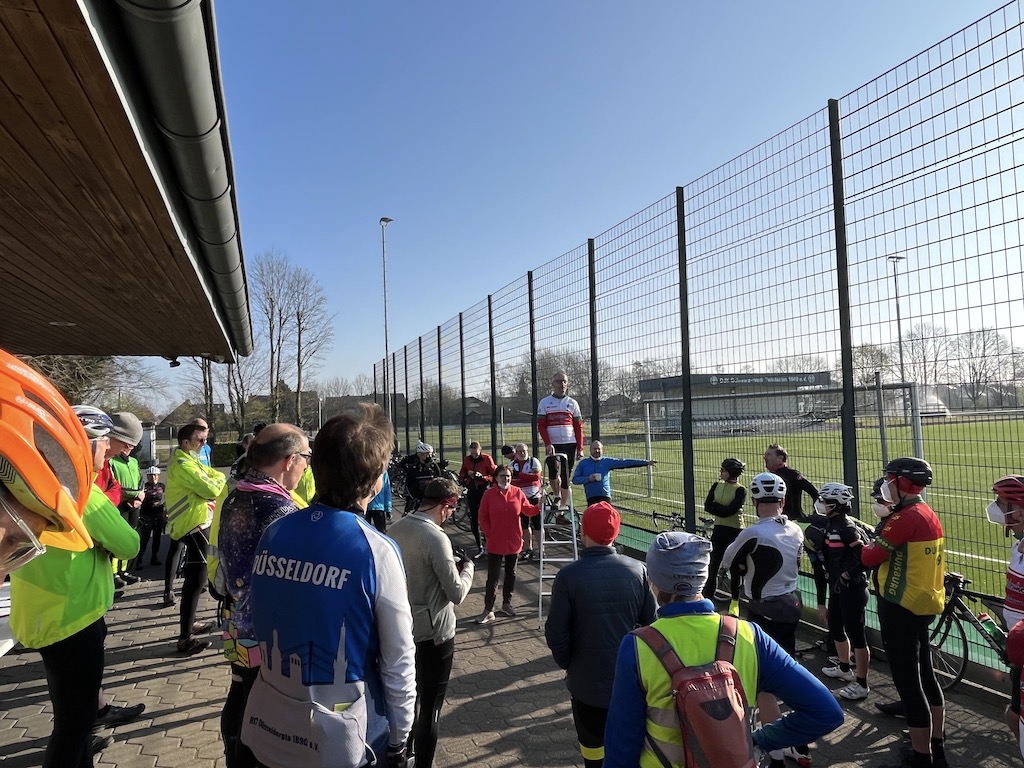 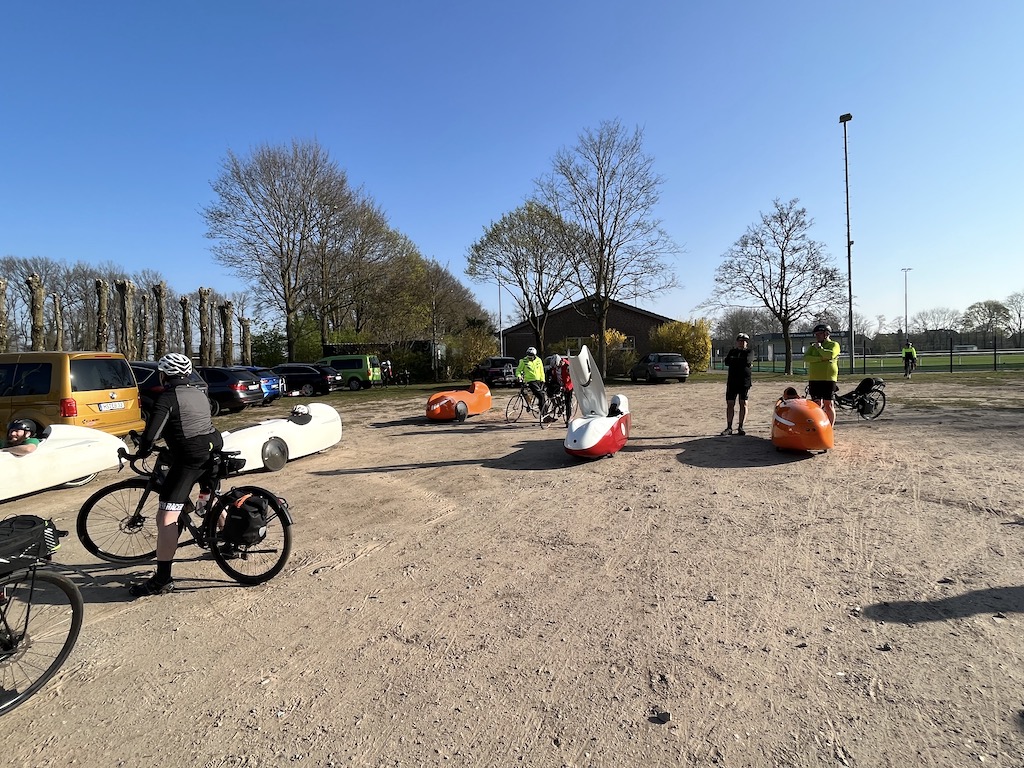 And off we went!

With other velomobile riders I started again in the last start group and took it easy. Even though the temptation was great and I felt very good, I paid attention to my heart rate especially at the beginning and didn’t let faster riders pass me quite voluntarily 😉

The weather was great; around 20 degrees and no clouds in the sky were forecast for the whole day! You have to be lucky sometimes! I was only a little annoyed that I didn’t ride without a bonnet. It was pleasantly warm in the velomobile on the way … so I saved the sun cream.

The first 100 km flew by. I reached the checkpoint in Heusden at lunchtime and from then on it was back to Twisteden in the opposite direction. I recognised some sections from last year. For example, there was this wooden bridge that was so narrow in the middle that my velomobile got stuck there last year. This time I didn’t let it get that far, got off early and pushed over the bridge while other cyclists comfortably overtook me. A velomobile has its disadvantages.

Another disadvantage is the very large turning circle, which is particularly noticeable in the city; once you have missed a turn, you either have to take a diversion or get out and turn the vehicle.

But my velomobile is incredibly comfortable! The whole day I had no problems at all, i.e. no back pain, no numb wrists, no feet falling asleep or burning. On a normal racing bike I would never have mastered this route in such a relaxed way!

How stupid can you actually be? Despite a working sat nav, I actually managed to get lost twice! The first time I followed another randonneur until I realised that the cyclist was not one of us.

The second time, I rode a beautiful cycle path along the Meuse and enjoyed the picturesque surroundings. I cruised along at 40 km/h on the whispering asphalt and was so relaxed that I ignored the turn-off instructions from my sat nav. That’s how I ended up with 215 km on the speedometer instead of the planned 207 km. There are worse things! 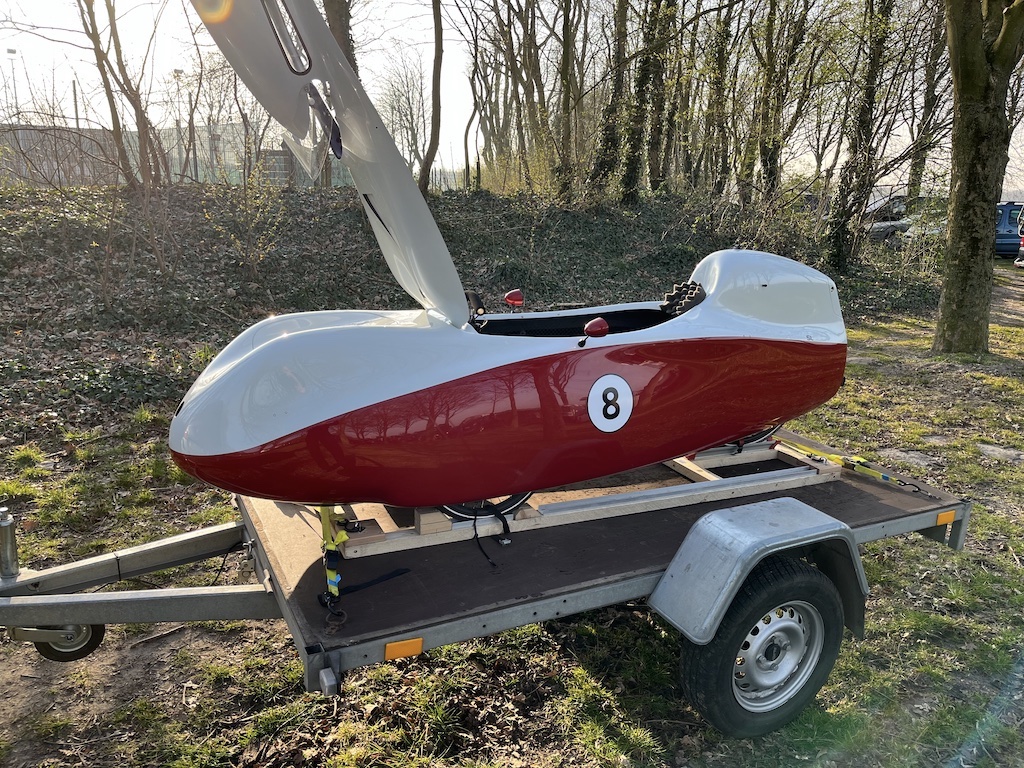 My conclusion after 200km

Even though I didn’t have that many kilometres in my legs yet this year, I still managed to cover the 200 kilometres well. My velomobile and I reached our destination without any problems and without any breakdowns or defects (only at one of the countless roundabouts I got stuck on the kerb and ruined my paintwork…). annoying.

In any case, I had enough food and drink with me, and my sat nav did a good job, even if I did fall asleep a few times. All in all, everything went well and it was really fun.

So the next event over 300 kilometres should be doable. In 4 weeks, the ARA-Niederrhein will be heading from Twisteden to Belgium again. More details are not yet known, but I am already looking forward to this “test”.